Sooner or later, every director that truly “makes it” in the film industry, proving without a doubt that they have the kind of commercial instincts that make studios insane amounts of money while stamping their works with enough personality that audiences will recognize their signatures in even the most impersonal of blockbusters, is allowed their Big Swing moment. The studio’s normally controlling hand lifts, and the filmmaker is allowed that rare moment where they are allowed to take the reins and see what they can make of it (fans of ’90s cartoons may refer to this as their “what-eva, I do what I want!” moment). Some, like Quentin Tarantino, thrive with this kind of freedom, gleefully splattering the screen with their influences and obsessions, while others, like Steven Spielberg, realize that working within the studio system is what made them great in the first place.

The roaring success of “The Dark Knight” Batman trilogy, along with “Inception” and “The Prestige’s” critical and commercial successes, has elevated Christopher Nolan into that rarified pantheon. Time and again Nolan has proven that his mind-blowing visual style and intense, plot-heavy stories can be trusted by studios to please critics and fill their coffers. So it hardly comes as a surprise that they have given him free reign to create an odyssey through space, time and dimension that would hardly be the ideal big-budget vehicle in our increasingly franchise-laden culture. “Interstellar” is not a perfect film, nor is it one of Nolan’s finest, but at its best it is awesome in the true sense of the word, conjuring a sense of real awe in its massive beauty.

Capping a career year in which he stole the show in a brief scene in “The Wolf of Wall St.” and won a well-deserved Emmy for “True Detective,” Matthew McConaughey plays Cooper, a man with the rotten luck of being truly great at a skill which the world no longer values. An engineer by heart, Cooper has been reduced to a simple farmer thanks to the near-future world’s desperation for food. The global economy has collapsed, and only a select few know the truth: The world will only be able to sustain humanity for a precious few more decades.

Thanks to a series of events that would come across as more than a little convenient if you only stuck around for the first two acts, Cooper and his daughter Murph (Mackenzie Foy) stumble across a secret NASA mission run by Cooper’s old mentor (Michael Caine, whose entire career is rapidly becoming define by his ability to bring real gravitas to Nolan’s exposition). Caine convinces Cooper to leave the world (and his family) behind, on a long-shot mission to pass through a (once again, seemingly convenient) wormhole that has popped up near Saturn, on a long-shot mission to find humanity a new home.

Nolan’s visual effects have always leaned towards the practical wherever possible (that rotating hallway fight in “Inception?” hardly a bit of CGI to be found) but this is by necessity the first time that almost all of his visuals have been computer-generated, and he still visually hits it out of the park. Wormholes that look like giant spheres of water reflecting the stars around it, a tidal wave the size of the Chrysler Building, and a seemingly endless library on the edge of forever are just a few of the wonders on display. Cosmic voyages and alien worlds have been shown a thousand times before, but Nolan still manages to make it all seem fresh and new. It’s in the script that Nolan occasionally falls short. McConaughey is well-served by the material (one scene, where he is forced to wordlessly watch via video as he realizes exactly what he has sacrificed by going on the journey, is a master class of reactionary acting), but Anne Hathaway, as Caine’s daughter and Cooper’s co-pilot, is saddled with some depressingly mundane soliloquies on the power of love that are frankly beneath a character and actress of her strength. Similarly, the plot twists in the storyline of a previous interstellar voyager (played by a Big Surprise Hollywood Star) can be spotted a mile away and add little to the overall plot.

The problems with the movie are real, but they don’t cut into the heart of the film. Early on Cooper has a wonderful conversation with his father (the always welcome John Lithgow) about how humanity has lost its way, digging in the dirt when it should be reaching for the stars. “Interstellar” flaws are real, but it is heartening to know that at least a few filmmakers in Nolan’s master class can still reach for the stars. 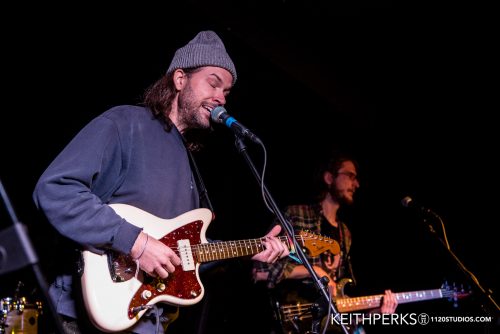