When New Jersey metalhead Joe Russo was in high school, he quit a band because it played Grateful Dead songs.  But starting in his 30s, he’d come to love the iconic San Francisco group’s music as a key member in the post-Jerry Garcia Grateful Dead Universe. As Dead lyricist Robert Hunter wrote, “It goes to show, you don’t ever know.”

It all started in 2009, when Russo got a call from Matt Busch, Bob Weir’s manager, asking if he’d like to come out to California to play some drums. What wasn’t said was that it would be an audition for Weir and Phil Lesh’s project, Furthur. Russo also failed to disclose something to Weir’s camp.

“Something I didn’t mention when they called me was that I had never listened to the Grateful Dead…It’s hilarious that this is my life now,” he says.

Following that fateful call and during his subsequent successful run with Furthur, which toured from 2009 until 2014, Russo was not looking to explore Dead music elsewhere, but when his band Bustle In Your Hedgerow’s gig with Dean Ween fell through at the 2013 Freaks Ball at Brooklyn Bowl, he was talked into presenting a Dead tribute, adding Tom Hamilton of American Babies on guitar and vocals. The new band — which he jokingly called Joe Russo’s Almost Dead — is still thriving, playing sold-out shows and generating buzz online with its recordings and videos. The band — Russo, Hamilton, Scott Metzger (guitar, vocals), Dave Dreiwitz (bass) and Marco Benevento (keyboards) — will perform two sets Saturday at the Peach Festival in Scranton, Pa.

One thing that makes JRAD stand out is its somewhat modernized, more rocking take on Dead music as opposed to Dark Star Orchestra, the painstakingly accurate Dead tribute act, or post-Garcia groups that feature Dead members, like Furthur and Dead and Company.

“I think for me personally, I’ve always been a more aggressive drummer. All of us kind of came up on Zeppelin and Black Sabbath and kind of these heavier, darker things, and me doing a little bit more of the heavier metal stuff,” Russo explains. “I know Tommy was really into the early grunge stuff, huge fan of Alice In Chains and Soundgarden and stuff like that. Our childhood was in the ’80s and ’90s; we were all born in the ’70s, with Dave being a little older than us. We grew up with our own childhood so that’s always going to inform what you bring out, especially when you’re improvising and allowed to literally do whatever you want, you tend to tap into everything in your DNA.

“We’re all Northeast guys, four out of the five of us are from Jersey, Tommy’s from Philly. We didn’t grow up on the West Coast with chill surfer vibes. There’s an aggression just in our beings, in a good way. I like that we attack this material and we’re not afraid to do so. We’re not laid-back Californians in the ’60s and ’70s, that’s just not accurate for us. We’re not looking to do that again. We weren’t even looking to do what we are doing.”

That laid-back hippie image the Dead has embodied in popular culture might have obscured some aspects of its music, Russo surmises.

“I think the Grateful Dead was incredibly aggressive, especially in the early days. There was some sexy punk violence involved with this stuff. Man, this is like some deep, dark, psychedelic, political confrontation biker shit, especially the earlier stuff, this first record, woo. … ‘Cream Puff War’ and stuff like that? It’s pretty intense and they’re not being subtle, they’re not being gentle, they’re playing like hard, psychedelic blues.”

Studying the Grateful Dead catalog exposed Russo to “this wealth of the best songs I’ve ever heard in my life” and engendered a newfound appreciation for Dead drummer Bill Kreutzmann.

“The guy sounds like Elvin Jones,” Russo says. “I had no idea of the depth of his caliber, especially when he was doing just the single-drummer stuff. He’s a jazz drummer. There are so many things that he does that remind me of someone like Elvin Jones, the freedom of his playing, complete abandon of the norm, and this is all stuff I just didn’t realize when I was younger. I think when you’re forced to listen to the most obvious stuff at parties and stuff, and if I had been made aware at that time of how deep this stuff went I think I would’ve been an immediate fan.”

Russo’s late arrival to Dead fandom is similar to the journey of John Mayer, the pop superstar turned unlikely Dead and Company member. Russo has seen Mayer’s induction into the Grateful Dead universe firsthand as Mayer sat in with JRAD twice.

Recalling Mayer’s first visit to Brooklyn Bowl, Russo says, “We all just started shooting the shit. It turns out this guy’s hilarious, he’s a really sweet guy who’s being very complimentary. We’re like, ‘Oh cool, we really like John Mayer.’

“He was really kind and he had his guitar, and I was like, ‘do you want to come play on something?’ And he was like ‘yeah.’ I was like, ‘how about Touch of Grey,’ he was like, ‘cool yeah, yeah, I could maybe play something else,’ because that thing is so kind of, you play it how it goes. I said, ‘you know what, fuck it, you’re coming up for the whole second set.’ And he said, ‘but I only know three of these things’ — I think we were playing ‘King Solomon’s Marbles,’ some really far-out shit — and I was like, ‘yeah, you’ll be fine.’ And that was cool. He was up for it. He was gracious and he listened very well and he played when it was time to play and he listened when it was time to listen. We went out that night and had some drinks and formed a new friendship, which was nice, and I think almost a year later he was in town again and it was more of an older friend that we had a connection with this time. He’s always welcome to join us any time. He’s a really great guy.”

Russo, who is finishing up a solo album and recently recorded with Craig Finn of The Hold Steady as well as Cass McCombs, Kevin Morby and Delicate Steve, tends to gravitate toward more indie-rock-leaning music outside of his JRAD duties, but he’s all-in on Dead material when it’s time to play it.

“It’s been really fun to explore parts of the songbook and the songs themselves with my friends and people who I grew up playing music with because we do have our own special language, just like the Grateful Dead had their language together,” he says. “They grew up learning how to play on stage together and had their influences and we have our own influences. It’s fun to bring our lives and our language to the table and the songbook.” 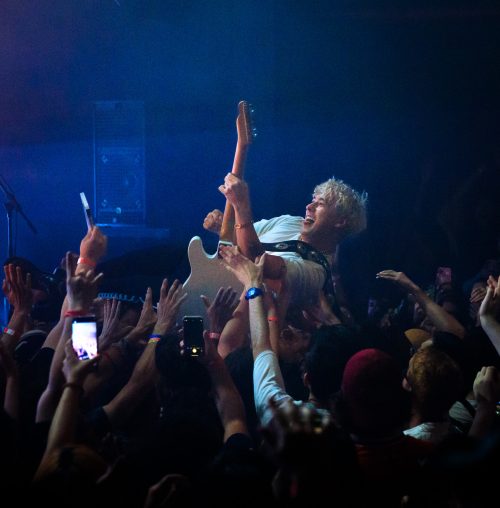 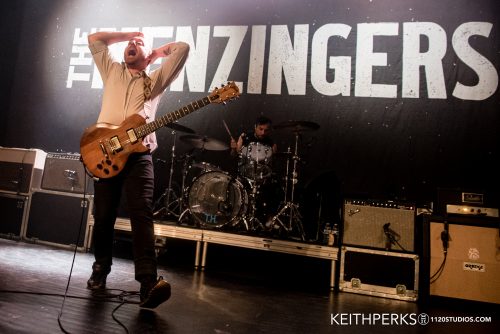