It was only a matter of time before the ’90s became cool again.  But who are we kidding?  We all know the ’90s — and pretty much everything from that grungy, flannel-lined decade — are still cool and most likely always will be.

Battleme, the stage moniker of Matt Drenik and musical darling of FX’s “Sons of Anarchy” show, seems to know that, too, which can be heard on its latest release, “Weight On The Brain.”  The four-song EP not only would’ve fit in quite nicely then but makes for a refreshing sound today as well.

Opening track and first single “Just Weight” starts with some shrilling reverb before big drums and guitar kick in.  The rocking track features chugging guitar, harmonious backing vocals and Drenik delivering lines like, “I’m wasting my time on selfish bad designs” in his airy vocals.  The song ends as it began, with some hearty reverb.

The staccato drumming and guitar riff on “I Know” sounds kind of like if fuzzed-out ’80s metal had a baby with today’s garage rock, and the mash-up works.  An electric guitar wails and swirls amid frantic drumming, but instead of being in-your-face, both are blown out a bit and soft around the edges, which works with Drenik’s vocals.  The repeated chorus of “I know” in the final half-minute of the song takes on an ethereal vein as reverb again fades a track to black.

“Cobweb Portrait” is a slow jam that starts with prominent piano and a hint of organ playing off a strong guitar.  Drenik sings alongside only a piano at first, until a swell of guitar and drums kicks in, and the guitar goes off on a small tangent.

Nowhere on the EP is the ’90s more celebrated than on closing track “Shotgun Song.”  It has all the trappings of an anthem from the decade:  throaty bass, crunchy guitar, a simple drum line, scratchy vocals and even a few handclaps thrown in for good measure.  It’s a standout song, and the only thing missing is a video that features Winona Ryder doing something endearing.

“Weight On The Brain” is one of those records that you can listen to on repeat and not get tired of it.  It’s only downfall is that it’s only four songs.  There is good news though:  These four songs are a snippet from Battleme’s upcoming full length, “Future Runs Magnetic,” which will be out in January. 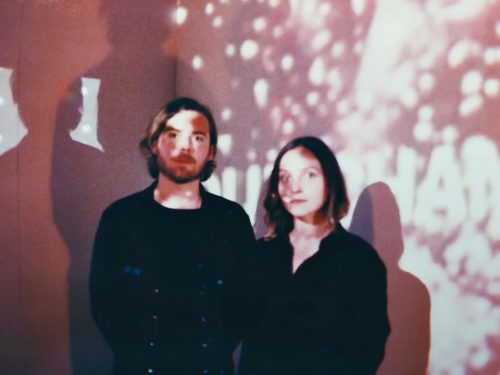