Battling through ambiguity, The Civil Wars self-titled album “The Civil Wars,” is a beautiful production of country folk but lacks any sign of cohesiveness.  Stuck in the gravitational pull of genres, The Civil Wars stay true to their Nashville roots while slightly regarding their presence in the American folk and alternative world enough to keep their demographic variance alive.  The Civil Wars have often been thrown under the category of folk or alt rock with an imperative fanbase stemming from both.  Although the album is filled with unique instrumental moments that set them apart from the rest of Nashville, non-country fans are going to have to be willing to accept and admit the lack of cohesiveness and the presence of a few yodels.   Once this is accomplished, “The Civil Wars” can be seen as a compelling collection of songs.

Metaphorically, the album appears to be a civil war against itself in song structure.  The first six songs share the theme of heartbreak and the hope that comes after.  “The One That Got Away” opens the album with a beautifully haunting instrumental intro leading into Joy Williams’ powerful and emotionally provocative vocals.  One minute into the song John Paul White enters, lightly framing Williams with harmonies and providing a preview for the vocal establishment throughout the album.  The next few songs continue with spot on intros such as the alternative blues sequence in “I Had Me a Girl” and the bass drum beat-induced entry in “Dust to Dust,” while all playing on the pains of soft heartbreak.  “Eavesdrop” comes in as the more folk-oriented song, fitting its lyrical content such as the line “Let the wind eavesdrop, I don’t care.”  The halfway point, “Devil’s Backbone,” is the climax of the entire album with the most drastic switch between the slow intro and the harsh speed-up to some of the most dramatic instrumental moments.

Opposing the composition of the first half, the album’s second half turns into a downward escalation lacking any structure and resembling a compilation of unattached songs with no flow from one into the next.  “Tell Mama” drags on in an uninteresting way with no lyrical backbone to satisfy most of their fans, while “Sacred Heart,” a song entirely in French, seems to have been thrown in with absolutely no thought other than the fact that Williams’ voice sounds nice in French.  There are, however, two very unique additions to the end of the album.  The Civil Wars cover The Smashing Pumpkins song “Disarm,” and they do it very beautifully.  Whether this is a move to satisfy alternative fans or just fulfilling the country cover syndrome, it is a risky move to situate a cover in a self-titled album.  The closing song “D’Arline” proves even more interesting because it’s not a fully produced piece, but rather a demo.  The song was recorded on a laptop mic in a room, the guitar is louder than the vocals, and the impact is extremely raw.  Any non-country fan that stuck through songs like “Oh Henry” would have been satisfied with such a pure ending.

“The Civil Wars” album may more deeply appear to be a battle against itself, but fans will gear up for the fight to ensure they take away what they most want from the album’s scattered, brilliant and variant pieces.

LIVING THE QUIET LIFE: AN INTERVIEW WITH SEAN SPELLMAN 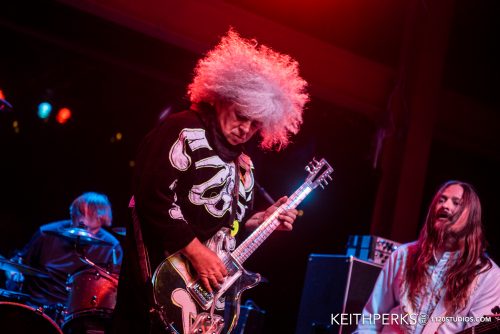