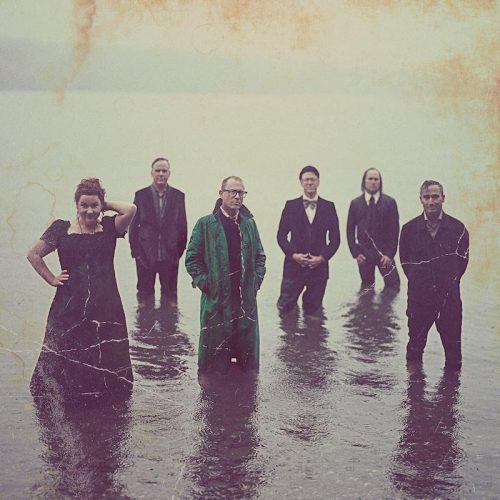 It’s that time of year when the sugar plum-sweet strains of Mariah Carey’s “All I Want For Christmas Is You” are inescapable, to the delight of some and the horror of others. If you’re looking for an alternative, Canadian indie rock band Stars has just the right dose of rum to sneak into your egg nog at your next unbearable work or family holiday function.

Stars has been doing Christmas shows in Canada and parts of the US since 2016, partly as an excuse to perform their cover of The Pogues’ “Fairytale of New York.” This year’s Christmas run includes a  show at (Le) Poisson Rouge in New York on Dec. 7.

“We like songs that aren’t like traditional Christmas songs,” Stars singer Amy Millan said during a phone interview. “We do the song that The Pretenders wrote (‘2000 Miles’) and ones that are a little sad, because the holidays are always complex for many people and we just thought it would be kind of a funny idea that instead of bopping around with this cheerful ‘Jingle Bells’ that we’d tell the truth of the matter, which is that it can be really tough on people but we’re going to celebrate anyway.”

The band released “Christmas Anyway” exclusively for a Bandcamp Friday at a pay-what-you-can price. Stars is splitting the proceeds with the Native Women’s Shelter of Montreal. The band has also partnered with PLUS1 to donate $1 of every ticket sale on the Christmas Anyway Tour to charity. For the Canadian shows, that will be the native women’s shelter, and in the US, that will be the NOISE FOR NOW Reproductive Health Access Fund.

Millan noted that the shows will not be “head-to-toe Christmas” and will include fan favorites and selections off “From Capelton Hill,” Stars’ latest album, released in May.

“I really love the record and I’m quite impressed that we were able to pull it off during an incredibly difficult period. I think it also places well in terms of the fact that it is our ninth album and we’ve been together for 22 years. There’s such a sense to me of how we’ve grown together and the importance of remaining together even though it’s a very complicated and difficult time for musicians as well; the music industry is a bit of a mess.”

Asked how the band has managed to stay together for so long, Millan cited the songwriting.

“We don’t really enter a room and think that we have to write a song that’s going to have the most important hook that will then sell the most amount of records. It’s really been about trying to tell the truth and that’s why we always touch on where we’re coming from at the time rather than go in and write a song that’s going to be kind of a candy cane pop song, and we kind of want to challenge ourselves as a band.

“There’s not a lot of bands left. It’s really hard to be a six-person band. There’s a lot of slices of pie at this time in the industry, but whats unique about it is that we all bring out own influences to the table and as being friends for 20 years and family really, the most important thing is for us to show each other that we’re still writing for one another. … I know it’s the same for the other guys in the band: we just want to impress one another.”

Millan and co-front person Torquil Campbell write the lyrics, sometimes separately, sometimes with each other and sometimes for each other.

“A pretty good example is the title track from the album ‘From Capelton Hill’,” Millan explains. “We were in the room together writing it and Torquil had the verses but there was no chorus yet. Because we’ve known each other for so long, I knew that he was writing about this house that we both knew that has been in his family for a long time that’s been part of our lives for as long as we’ve been a band. So I looked on a map and found a couple street names that I thought would be great, and it’s in a little town called North Hatley, and I was able to write the chorus just psychically knowing where his verse was coming from while the rest of the guys are all in the background playing the music they had written beforehand.

“Stars started in 1999, and I wasn’t in the band yet, but Torquil always had the vision that he wanted a female voice to not only sing but also contribute and write as a woman. So we started writing together many years ago. And the other great part is that he can write things specifically in his mind for me and I can write specifically in my mind for him that tells a story of this couple that we’ve been talking about since 2001 and started with ‘On Peak Hill’ and continued with ‘Elevator Love Letter’ to ‘Your Ex-Lover is Dead’ through to the current record with ‘Snowy Owl.'”

The collective approach extends beyond the band itself, as several members, including Millan, bounce in and out of fellow Canadian indie favorites Broken Social Scene (she sang with guests Meryl Streep and Tracey Ullman at a BSS show at Webster Hall in October). Stars has also brought that communal spirit to its Patreon page, where fans who contribute get the first crack at hearing new music, like “Christmas Anyway.”

“Come join our Patreon page, it’s really fun in there,” Millan said. “Torq DJs every week and there’s all sorts of rare songs and B-sides and unheard music and radio shows that have been buried for a long time, so if you’re a Stars fan you should come join us on Patreon.”

WU-TANG CLAN’S ‘A BETTER TOMORROW’ OUT THIS WEEK; SEE THE TRAILER