Philadelphia Folk Fest weekend is upon us, as thousands of fans have descended on the bucolic Upper Salford grounds outside the city for the venerable event’s 56th edition.

As usual, this year’s Fest boasts a lineup of well-established Americana artists (using that term loosely to encompass folk, blues, country and roots rock): Graham Nash. Taj Mahal and Keb Mo. Old Crow Medicine Show. Tift Merritt. Samantha Fish. Larry Campbell and Teresa Williams. There are also some lesser-known musicians you’ll likely be hearing a lot about pretty soon, as peppering the weekend with up-and-comers is a component of the festival.

(Visit https://pfs.org/ for the full lineup and ticket info.)

We recently chatted with Jesee Lundy, who has been a major part of Fest since 2008, when he and his Point Entertainment partner Rich Kardon signed on as co-artistic directors (“but we prefer to call ourselves artists services,” he says, deferring to the scores of artistic folks involved) about booking the lineup, what it takes to get a slot and why you should camp.

It’s not a big-budget event, we have no corporate sponsors, so while we have money to pay, it’s not like we have like a million dollars to spend on acts. So that’s why we get the right act. Old Crow is a perfect, contemporary yet old-school act for us. And the fact that this Keb Mo/Taj Mahal tour is happening now is like to-die-for perfect for us. Taj has a long history with the festival.

But there’s other things that go into it. There are parts of the team that go to the International Folk Alliance, and we get a lot of acts out of that. We get a lot of stuff out of NERFA, the Northeast Regional Folk Alliance. The festival has a long history of really helping artists develop, we’re not just cherry picking the big names of the day.

On what they’re looking for in newer acts:

In general, I’ll say that it’s very, very important to this event, and most events, to keep a diverse lineup. You think of big names in folk music, and honestly, there’s been a lot of white males that have held that title, so it’s important to us to keep some diversity in there. So that’s something that we’re all thinking about: not just white males. Who else is doing something really cool and relevant in any other demographic?

You want to see a good team behind the band, which doesn’t mean we don’t hire independent acts, but you see what happens. The band that’s closing Thursday night, The National Reserve, Brooklyn-based, country/Americana/blues thing. Their agent is this young agent, and it’s not like it’s his first signing, but it’s a first signing. They did a showcase in town here at the Dawson Street Pub, and they had already come out of XPN, and then I said to David Dye [of WXPN], I’d like to use these guys to close Thursday, because he and I co-booked that, and he was like, right on. And now, they’re managed by the guy who manages the Avett Brothers. So you can see that kind of momentum. 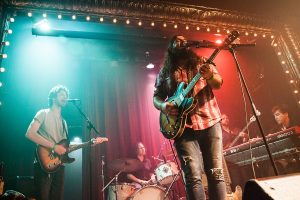 On how Fest has changed:

The cool part about the Philly Folk Festival to me, taking out the fact that there’s amenities like Wi-Fi now, or now that there’s a beer tent, which is great — there was no alcohol allowed, but people were sneaking it in — one of the things that makes this event so unique is that very little changes. The changes that happen there are very small. The same sound company since we came in, and of course they’re equipment is state of the art. Everything on stage changes because of technology, but I like to say that when you step on stage, it could be 1975. I think really good food vendors have started to come in, I think a lot of the vending is pretty neat. 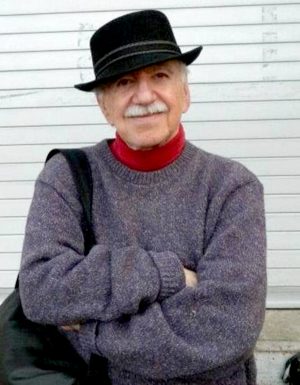 Gene Shay, the dean of the Philadelphia folk scene and a founder of Fest.

I always tell people, you come and see the festival and you don’t camp, that’s awesome, but you’re actually missing half of what goes on there, because the campgrounds, I’ve never seen anything else like it, it’s just unbelievable. It is madness.