James Sanderson had drifted away from music and settled into a day job. But the Scranton-area native, who now lives in Boston, couldn’t stay away forever.

“I was just miserable,” he says. “Not because of the people or the work, but I think because I wasn’t doing what I really wanted to do.”

“You get to a point that if it was just a phase, I would have grown out of it already,” says Sanderson, whose group Lesser Animals released a new single last week called “For Real.” “So I just decided now that I’ve reached this point, I’ve decided to put as much as I can into it.”

The new track is breezy and introspective, with some sneaky saxophone helping build the mood. It’s the second single (the first was the upbeat “Cannot Hang”) from the album, “The Feeling Is Real,” which the band will release Jan. 29.

The two tracks are emblematic of the different feels and sounds across the album’s 10 songs — it’s clearly an indie rock record, but defining it beyond that is tricky. Or as Sanderson puts it, “It’s a really strange record. I’m very proud of it, but it’s a really weird one.”

“At first, it was just to get all of the songs out of my head,” Sanderson explains. “The one song, we’d been playing it for 10 years at that point. I just needed to make space for new ones in my head. As we got into the process more, I knew this is what I wanted to do with my life, so I just sort of committed a little bit more.”

The Lesser Animals lineup has fluctuated since the group formed in the Scranton area in 2008. For this record, he’s joined by Zach Wheeler (drums), Mike Kerr (guitar, bass), Noel Friesen (guitar, bass), and Kim Wheeler, who produced, engineered and played sax. They recorded at the Wheelers’ home in Nashville, and James Krivchenia — the drummer for Brooklyn band Big Thief — mastered the album.

“He really did a great job,” Sanderson says of Krivchenia. “Usually you don’t hear too much of a change in the quality of the music in the mastering, but he really opened it up and took the top off.”

Early lineups of Lesser Animals included Roland Greco and Chet Williams of the band So Long, Pluto; Sanderson was also a member of Awkward Silence, another Scranton-area band.

“We came up with Kite Party, they were kind of our parent band,” Sanderson says of the NEPA group that eventually, like many bands from the area, moved to Philadelphia. “Those guys are so gracious and kind. So there’s a good portion of the sound that we had at the time that you might even say was derivative of them. We were really into them.” 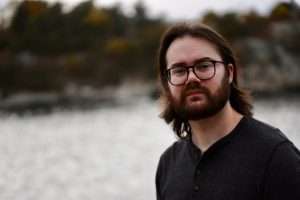 Three Man Cannon and Cherry are other bands from the region that influenced Lesser Animals, he says.

Asked what larger acts Lesser Animals could be compared to, Sanderson cites The Shins.

“We get The Shins a lot,” he says of the James Mercer-fronted outfit. “I can be a little wordy, and that stuff is really upbeat and fun-sounding, but it still has a more serious undertone. … We try to hit that jangly, indie thing without hitting you over the head with a trash can.”

When Sanderson and Greco both got into Berklee College of Music, Lesser Animals continued in Boston, where it played shows at venues such as The Middle East and T.T. The Bear’s, as well as house shows. They released an EP in 2012, but the band “kind of dissolved” in 2014 when the members finished up at Berklee, besides Sanderson, who stayed in Boston to work.

While Lesser Animals was based in Boston, and during a stint in Philadelphia, the band always made a point to book dates in Scranton. And when they did, they’d make sure to share bills with their friends’ bands, like A Fire With Friends and Halfling. “Some of those bands are so fun to play with,” Sanderson says.

As for the present, the focus is on the upcoming record and its latest single, “For Real.”

“That song is like really special to me,” he says “That’s what I wanted to be the first single — Lesser Animals sounds like this song because it’s a little bit of everything that is on the album. It’s one of the only songs on the record that has that organ, and then the sax comes in; Kim Wheeler, our engineer and producer, played alto and bari sax on a lot of the tracks. I still feel something every time I play it. I think it’s the song on the record that’s most important to me.” 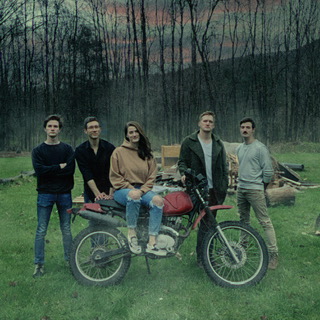