Calling “Waywords and Meansigns” an ambitious undertaking would not do the sprawling project justice. Considered by scholars to be one of the most difficult pieces in English language literature, James Joyce’s classic, “Finnegans Wake,” is a challenge in and of itself. But setting the whole thing to music, with a cast of musicians of all stripes, some of whom aren’t even familiar with the source material?

“It’s one of those ideas that could’ve been just as easily ignored,” says Derek Pyle, who brought “Waywords and Meansigns” to life. “We had a party where we found an audiobook version of ‘Finnegans Wake,’ and a few of us were interested in getting into the book, and probably the best way is to listen to the whole thing in a single sitting.

“So, we had a party that was about 24 hours long, and we had arts supplies, and people came and went. And we thought, this is really interesting, but there’s only one reader, but there’s probably other ways to read it. So, one way is to set it to music; how many different musicians can we get? And each musician will have their own take on it.”

A first edition was released in 2015, a second last year, and a third edition on May 14.

Like the first two editions, the latest incarnation is available to stream for free.

The musicians’ familiarity with “Finnegans Wake” is best described as a “full range,” says Pyle, 26, a graduate of Hampshire College in Amherst, Massachusetts, living in Oregon.

“Peter Quadrino, he did a chapter in the first edition and is also returning in the new release. He runs a blog on James Joyce that’s pretty popular and runs a reading group. I don’t know if he had a ton of experience recording his own voice; here’s someone who just loved the book. …

“Mike Watt, who’s been involved, he’s in both camps. Obviously, he’s a musician who’s made a lot of music. He’s also really been inspired more by Ulysses, but he’s been inspired by Joyce his whole career.

Returning for the new volume is violinist Tim Carbone from the popular newgrass group Railroad Earth. This time, the Stroudsburg, Pennsylvania, resident is joined by Lewis and Clark’s Lou Rogai, of nearby Delaware Water Gap in the duo Cedar Sparks.

“Over a year ago, Tim asked me to help engineer his recording for a James Joyce project,” Rogai recalls. “I obliged, curious as to what it would entail. I had attempted to read ‘Finnegans Wake’ some years ago to no avail, simply not in the right head space to absorb, let alone enjoy it. I knew that Joyce had created an intentionally difficult work not due to the theme, but the language itself.

“It was clear upon hearing Tim’s first reading that the language was meant to be spoken. We recorded his verse twisting through the bizarre territory of exciting passages, rhythmic patterns and non-structures, all creating a unique flow that does not occur when silently reading. I was intrigued, ready to try and decipher what I had once thought was purely incoherent gibberish.

“A year later, for our Cedar Sparks contribution, Tim and I traded spoken passages over a bed of sound that we created together. It was exciting to explore Joyce’s puzzling masterpiece from the inside out, from our own voices.”

Rogai adds: “With Cedar Sparks, we are able to explore aspects of songwriting outside of our individual comfort zones. Our own personal interests or current projects always help inform one another.”

You can stream Cedar Sparks’ contribution below:

We asked Pyle the obvious question: Are there any other works you would consider subjecting to the “Waywords and Meansigns” treatment?

“I don’t know that I would,” he said. “I think that for a couple of reasons. One, I don’t know what book could do it in the same way. I think if you took ‘Lord Of The Rings’ and set it to music, people would be much more concerned with does this sound like Elvish or Mordor, or does ‘Moby Dick’ sound like a New England whaling town. There’s just so much more freedom here.

“People said you should start a company where you set books to music and make all this money, but I don’t want it to turn into this brand. I don’t know if it could be creative in the same way.” 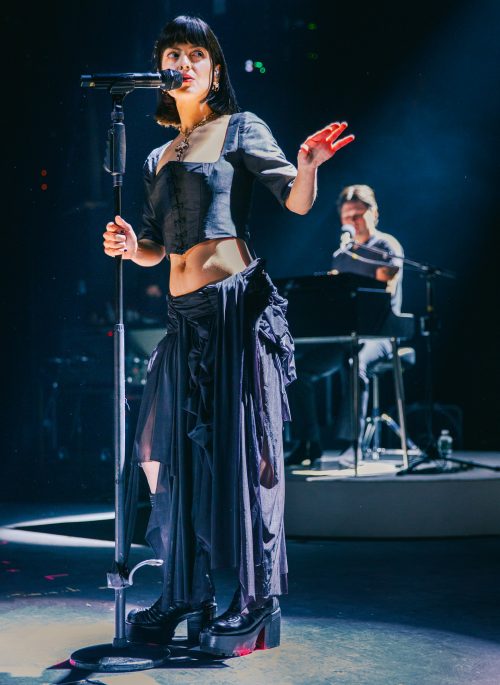