What if there was a festival inspired by South By Southwest, but you could actually see all of the bands on your list, not deal with overstuffed, makeshift venues and you didn’t even have to travel to get there? You might have missed it last year, but the Degraw Fest debuted in Brooklyn, a daylong event featuring some of the borough’s most promising new artists, and it’s back this Saturday at Littlefield Performance and Art Space. The goal, says Ben Rice, a musician who runs Degraw Sound, a studio in Gowanus/Park Slope, was to shine a light on the talented musicians that he and his colleagues have worked with at the studio over the past six years.

“A buddy of mine named Harper James, who’s also a producer here, and I were talking about how we could get the artists we work with here to play a show, and last year was the fifth anniversary of the studio,” Rice says. “And it went really well. The artists and fans had a really good time.”

Atop this year’s bill is Eighty Ninety, a duo of Harper James and his brother, Abner.

“They’ve had a pretty successful run over the years. They’ve put out some music and are getting some traction online,” Rice says of the group whose debut single, “Three Thirty,” shot to No. 2 on Spotify’s Global Viral Chart and No. 23 on Billboard’s Velocity Chart; it was streamed more than 1 million times on Spotify. The band recently debuted the debut single from its upcoming EP, “Bowery Beach Road.” 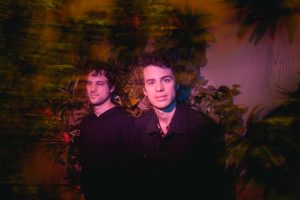 Another artist Rice is excited to see is Queue, “who are kind of just my favorite band.” The “dreamy, indie rock” group released a new single, “Float Away,” in May.

Also slated to perform are Elliot & The Ghost, Kevin Daniel, Common Jack and more, and non-performance offerings will include a music photo exhibition by Drew Reynolds, Sixpoint Brewery beer specials and Austin-style tacos served up by Howlin’ Taco.

While many musicians have moved to cities like Nashville as of late, Rice thinks it’s important to not overlook the breadth of talent still in the city limits following the indie boom of the early 2000s.

“I feel in certain ways the New York City music scene is fragmented at the moment, but I think there’s a collective feeling of, ‘hey, we can do this here too,’ among the songwriters, composers and other producers that I know. There’s so much talent in this city, we can do this too. I think the biggest struggle right now in New York City is it’s so expensive. In order to just sustain a life here takes a tremendous amount, and to also carve out time to have a band, go to rehearsals twice a week or make records. So I think one thing we were trying to do is to help foster that and keep people pushing it forward. It’s kind of just a matter of how do you bring that together?”

A micro-community has grown around Degraw Sound, which has welcomed the likes of Norah Jones, Aoife O’Donovan, Michael Daves, Diane Birch and James Iha of The Smashing Pumpkins as recording clients. Working in production — as well as performing live at various venues and festivals — has also given Rice a unique perspective on the importance of sound to an event.

“I think the two things that I thought about a lot were both from my experience of being in bands and doing South By and other bigger festivals, where you rush on and off stage and there’s not enough time for changeover,” he says. “As hard as those people are working, there’s inevitably going to be technical hiccups. So we tried to give enough time for bands so there’s a good cushion so everyone can get set up and have a proper line check and give the sound guy an opportunity to do a good job.”

Rice also challenged himself to perform at this year’s Degraw Fest, which led him to write new songs. The guitarist and vocalist, whose previous band Surefire played shows with bands like Arctic Monkeys and Cold War Kids, last week debuted a new single, “The Getaway,” which will be featured on his upcoming EP.

Rice says last year’s Degraw Fest attracted 200 fans. The venue holds 350, and down the road, he might like to expand the event to a larger, outdoor space.

“I think that the long-term goal is to just continue to have it be a platform to generate exposure for the artists we’re working with and for local artists that we really believe in,” he says. “I think that right now it’s all taking shape pretty quickly because it’s not like the full-time focus for anybody here. My full-time focus is 90 percent producing records for people so the fact that this has taken shape over the past couple years is pretty sick.

“But I’d like to kind of turn it into something where we can move and transition to having it outdoors, having it be a little bit more accessible to even more people so it can be one one of these summertime New York City happenings.”