The Briggs Farm Blues Festival near Nescopeck, Pa., had its largest crowd yet in its 17-year history, and those that attended will likely agree that it was also one of the best.  From the old-school blues of legendary Howlin’ Wolf bandleader Eddie Shaw to up-and-comers like Samantha Fish, well-known frontmen and guitarists like Eric Gales and Mike Farris blending rock and blues, Clarence Spady’s intimate and jaw-dropping rare acoustic set and the powerhouse performance by Alexis P. Suter, the two-day festival under sunny country skies was big not only on quantity, but also quality and a wide variety of musical styles.

Check out Alex Seeley’s photo gallery from the event, as well as videos of performances by Shaw performing the blues classic “Little Red Rooster” and introducing his band; the Gabriel Butterfield Band playing “Poor Boy”; and Farris’ story about getting into Stevie Ray Vaughn and his  take on SRV’s “Pride and Joy.” 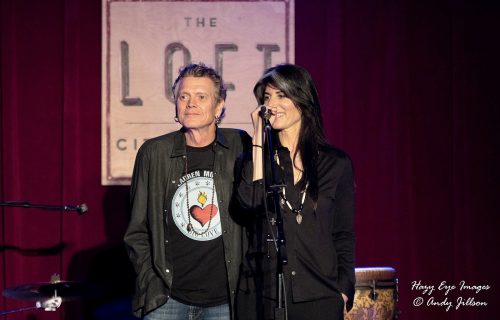