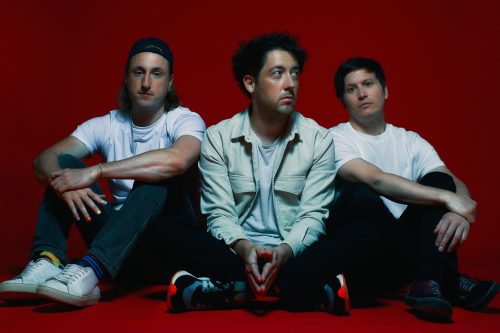 U.K. indie favorites The Wombats are stateside through late February for a run of dates to promote their newly released fifth studio album, “Fix Yourself,  Not the World.” It’s on track to be the band’s first U.K. No. 1 album after a string of top-fives, but like most things the past few years, making the record was a strange endeavor.

The band members worked apart — far apart — with frontman Murphy in L.A., bassist Tord Øverland Knudsen in Oslo, Norway, and drummer Dan Haggis in London. They discussed the day’s work via Zoom, and sent the tracks to a team of A-list producers: Jacknife Lee (U2, The Killers), Gabe Simon (Dua Lipa, Lana Del Rey), Paul Meaney (Twenty One Pilots, Nothing But Thieves) and Mark Crew (Bastille, Rag‘n’Bone Man) to mix into the finished tracks.

In advance of The Wombats’ shows at The Fillmore in Philadelphia on Saturday, Jan. 22, and Terminal 5 in New York on Tuesday, Jan. 25, we caught up via email with Tord, who met the other Wombats at the Liverpool Institute for Performing Arts on the way to forming the band in 2003.

How do you think the process of making the new album separately and remotely affected the final product?

It’s difficult to say whether we would have done anything much differently if we were in the same room. But of course the energy and vibe in the room when we are together makes the experience much more enjoyable (when it goes well!). We had to stick to the plan much more, and stay pretty close to the demo versions instead of completely changing things around which we have done on certain songs in the past. What I did like about it though was that we were able to try out stuff without having the time pressure of someone else waiting around or expecting ideas to work out immediately. It gave us the time to try out any idea and filter out the best ones before presenting them to the others.

Why did you work with multiple producers? Who oversaw the final mixes for the album, and how did you maintain continuity between the different producers’ tracks?

Mark Crew was overseeing and producing the majority of the album, all the other producers we worked with contributed also with the writing on those particular songs hence why we had multiple producers. As a band we are pretty hands on when it comes to the recording process too, so that will always shine through regardless of who we work with. Mike Crossey mixed the whole album which also contributed to everything sounding cohesive.

The cover art is also part of this concept of pulling together different people’s ideas into one piece. How do you think it turned out?

eBoy who made the artwork did a great job and I am a big fan of their work and style.

Looking at the band’s discography as a whole, where does “Fix Yourself, Not The World” fit in?

It’s just an album that represents us as a band where we are right now. Sonically I think it is possibly our most organic sounding one since our 1st album. We also experimented and played a lot more with styles and sounds on this one and I feel like that probably makes it the most exciting album we’ve made to listen to.

Did the pandemic inspire the lyrics on the album?

The pandemic definitely inspired both lyrics and also the album title. The sense of feeling helpless with larger issues in the world (like the pandemic or climate change) the idea with the title is about focusing in on what you can do yourself right now to change for the better and by doing so also having a positive impact on society and everyone around you.

Streaming and social media were pretty new when the band got started. Since then, both have played a major role in you reaching a wider audience. How do you feel about this? Is there any downside to it?

Streaming and social media has made it a lot easier for us to connect with people from every corner of the world. This is a great thing of course! But there is also a part of the streaming structure that can be improved and also how social media can be all consuming and take the focus away from the real world from time to time. Sometimes I think it is healthy to put your phone down and just appreciate the moment!

What was your initial reaction when the remix of “Greek Tragedy” on TikTok went viral?

We were very surprised as we weren’t on TikTok and didn’t really know how much impact it could have on a song and its streams. It was a bit like winning the lottery without signing up for it!

Are you on TikTok?

I have now downloaded the app just to have access to it, but I don’t tend to use it!

You played the new album live in England at a few shows the week before it came out. That’s a pretty unique idea. Who came up with it?

When we were rehearsing for the UK buzz shows we were playing through and learning all the new songs and it felt so exciting doing them all, so when we were discussing the setlist for these shows we weren’t able to decide on which to leave out, so we just decided to do them all!

How did the audience react to songs they hadn’t heard before?

The reaction was overall really good, and by the second chorus of most of the songs, people were already singing along!

What type of setlist will you be playing in the U.S.?

We want to make the U.S. tour more of a mixture of new and old, so you can expect a more regular show for this tour. We are really excited for it!

Many British bands grow up wanting to play America and especially New York. Was that the case for The Wombats?

Yeah, definitely. We even made a song about moving there! We really like New York and it is always a highlight on our tours playing there.

Where was your first show in NYC? How did it turn out compared to your hopes and expectations?

I think it was in a venue called The Annex. It was an NME night and we had MGMT opening for us. This was before they blew up a few years later!

Do you have any other standout memories from playing in NYC?

We once played a show at Terminal 5 on Halloween and decided to dress up as cats! You can find these images somewhere online.. We also changed our logo to ‘The WomCats’ for the occasion!

In addition to these dates, what does the band have planned for 2022?

We’ve got a world tour happening – UK and Australian arena tours, European tour and we are also going to Lollapalooza in South America for the first time. 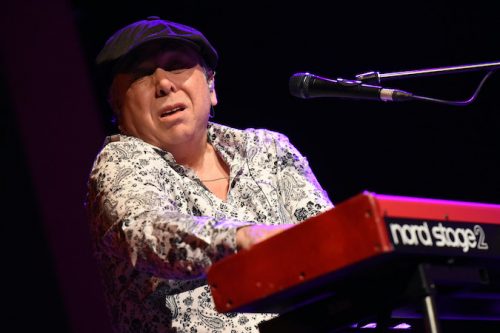 WU-TANG CLAN’S ‘A BETTER TOMORROW’ OUT THIS WEEK; SEE THE TRAILER