Will Call
Will Beekman
0

People to tell me I have a great job, and I don’t argue with them. It’s true. I’m lucky. But they think it’s great because I get to see all of these events for free.

And that’s where they’re wrong.

I don’t think too many people realize the amount of time and effort that goes into taking a concert from conception to fruition. From offer to encore, it’s not all that uncommon for the entire process to take a full year. And in between, the catering, the lights, the hotels, the meet-and-greets, the sound checks and the occasional hiccups that get handled by a lot of good people are often taken for granted. So for me, seeing all of that time and effort come together on stage is pretty satisfying.

However, more times than not, that’s the last I see of the performance, unless I’m lucky enough to get back for the encore. And in the interest of full disclosure, the encore often loses out to my desire to head home and see my daughter before she goes to bed.

Anyway, what goes on between the first song and the bedtime story is news for another day. The point is I really don’t need the concert itself to have an entertaining day. In fact, some of my favorite stories have taken place pre-show, long before the first ticket has been scanned.

One of my favorite stories involves blues guitarist Joe Bonamassa. He visited the F.M. Kirby Center back in 2010 for what may or may not have been his debut performance. I’ll explain.

Shortly after arriving, he stood in the lobby and said, “I think I’ve played here before.”

I didn’t think much of it.

A few minutes later I was showing him to his dressing room, and we entered the tunnel. Have you ever been through the backstage tunnel at the Kirby Center? Let’s just say it’s not an experience one easily forgets. And that’s when the light bulb really went on.

“I’ve definitely played here before,” Bonamassa said. “I think I opened for (Peter) Frampton. I was probably 15 or 16 years old.”

To be honest, I probably shouldn’t be using quotation marks some five years down the road. I’m probably paraphrasing at this point. Either way, my interest was piqued.

Later that evening, while Bonamassa was wowing a packed house, I took to some old filing cabinets filled with paperwork from past performances. I found an old folder sporting a clichéd coffee stain and the name “Peter Frampton” written rather sloppily in Sharpie.

Inside was a piece of paper that referred to an “opening act.” It didn’t mention who the opening act was, so I kept digging. Still nothing. So I looked at when the concert took place and did some quick math. It was June 9, 1992. Joe Bonamassa – born May 8, 1977 – would have been 15 years old.

There are others – the boxer who brought his PlayStation, the comedian who owes me for a cup of coffee and the wild and crazy guy who lost his wallet – but I’ll save those for future columns.

Will Beekman
Will Beekman is the Executive Director of the F.M. Kirby Center, an 1,800-seat performing arts center in Wilkes-Barre, Pa. 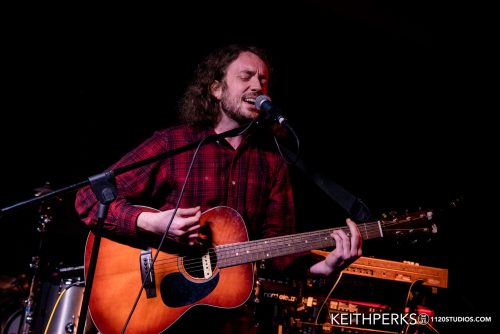