When Vampire Weekend burst onto the scene with its self-titled debut in 2008, the wise bet was that the band wouldn’t be able to top or equal that breathtaking effort.  But here we are, five years and two albums later, and Ezra Koenig and company continue to make music that not only lives up to the quartet’s early promise but also expands on the refreshing sound that got listeners’ attention in the first place.

The richly textured “Modern Vampires Of The City,” the group’s recently released third record, is in some ways its finest.  While that distinction is debatable, the album is Vampire Weekend’s most ambitious and thematically advanced.  Layering, dynamics and sophisticated arrangements add up to a modern pop masterpiece, and the tasteful use of some sonic tricks you’d find in the Top 40 enhances rather than takes away from the production.  Paul Simon, especially his forays into African music, continues to be a touchstone for Vampire Weekend, but the band continues to build its own unique indie pop sound.

“Obvious Bicycle” opens things up with clattering percussion, hand claps, piano and Koenig hitting some high notes over lush harmony vocals.  A wistful piano run by Rostam Batmanglij wraps up the tune.  “Unbelievers” is a carnival of sound, a feel-good summertime romp.  “Girl, you and I will die unbelievers/ Tied to the tracks of the train,” Koenig sings during the irresistibly catchy chorus.  “Step,” meanwhile, reprises the courtly harpsichord of “M79” from the debut album.  The song is a contrast between loud percussion and gentle backing.  Koenig experiments with some vocal effects for the first time here.

Four songs in, the band hits us with the potentially divisive “Diane Young,” the furthest departure from the sound Vampire Weekend has committed to record thus far; in fact, when we first heard it on the radio, we thought the DJ made a mistake in saying it was the new Vampire Weekend single.  It’s jarring, squawking and noisy, and Koenig sings “baby, baby, baby” through a pitch-shifting effect.  The brilliance of the song, though, is that while it may be an initial turnoff to the veteran VW listener, after a few listens it grows on you and is an album anchor, providing a gateway to some of the more experimental fare.

“Don’t Lie” begins “Modern Vampires Of The City’s” lyrical preoccupation with time and death, Koenig referencing a ticking clock and “a headstone right in front of you.”  “Hannah Hunt” is an understated and soul-baring discussion with a lover, but the time theme reemerges:  “You and me/ We got our own sense of time.”

Riding an angular Talking Heads bass line, “Everlasting Arms” is one of the record’s high points.  A scratchy rhythm guitar enters in the second verse, as do some light organ accents.  Concise, melodic and relatively funky, the song is a study in pop efficiency; not a note goes to waste.

“Finger Back” is a pan-cultural track, with Koenig singing in a Bollywood style, shifting settings from L.A., New York and Jerusalem  — “the one at West 103rd and Broadway” —  and telling the tale of “an Orthodox girl” who “fell in love with the guy at the falafel shop.”  “I don’t want to live like this/ But I don’t want to die,” he sings.

Triumphing over past misdeeds is the lesson in “Ya Hey,” and Koenig uses the Old Testament as a metaphor.  Zion, Babylon, the fatherland and the motherland, none of them love you.  “Through the fire and through the flames/ You won’t even say your name/ Only that I am that I am,” he sings, with an odd, baby-like backing vocal providing an eerie and slightly annoying effect.  The Israelites and “19th Nervous Breakdown” are both name checked.  The speaker knows he’s made mistakes, “But I let it go/ Ya hey!/ Ya hey!” he sings, cathartically.

“Hudson” is introspective and downcast, and mortality again rears its head:  “The time has come/ The clock is such a drag.”  The speaker goes on about the war, the Germans, the Greeks, Babylon (again) and “over and over again, these never-ending visions.”  While most of the album combines nervous or difficult lyrics with upbeat music, this one goes for the whole downer effect all at once, with eerie and foreboding horns, strings and choir.

“Modern Vampires Of The City” will be an early album-of-the-year contender, but don’t let the “critical darling” tag throw you off.  While indie rock fandom is often worn as a badge of honor with a sizable dose of elitism, this record, and this band, is, for lack of a better descriptor, toogood for that.  Anyone wishing to keep Vampire Weekend their little secret lost that battle a few years ago, but it’s not because the band sold out, it’s because the mainstream gravitated to the band.  (See also, Radiohead and My Morning Jacket.)

No one in Vampire Weekend is a virtuoso on his instrument; its greatness lies in the composition, arrangements and smart, dynamic delivery.  With equal parts unique experimentation and melodic pop classicism, “Modern Vampires Of The City” is the rare album that appeals to serious aficionados as well as casual listeners.  It also marks an important development in the band’s catalog.  It will be fun to see what Vampire Weekend comes up with next. 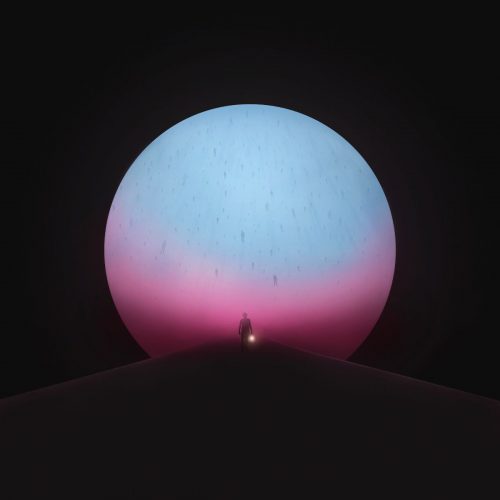