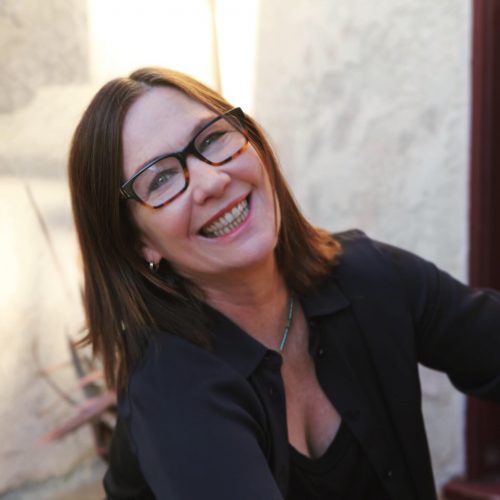 According to the academics, the key elements for a good story are the characters, the setting, the plot, the conflict and the resolution. For Kathy Valentine, checking those boxes was a snap when it came to writing her memoir.

The characters are her bandmates in The Go-Go’s, the most successful all-female band ever, and her mom, childhood friends and various rock stars. The plot is injected with rape, abortion and the rise and fall of one of the 1980s’ biggest acts. The conflict is the multiple band breakups and alcoholism, and the resolution, thankfully, was overcoming those low points.

“There were things that I wanted to put on the record, but when I looked back, when I was living as a young girl, as a teenager, it was just my life,” Valentine, the band’s bassist, says in a recent phone interview. “It was only over time that I realized there was a lot of crazy-ass stuff going on, from the way I was raised, going from a hippie commune school to having a mom that wasn’t always there, to being a parent myself, to deciding I wanted to be in a band. So many things that I thought were story-worthy.”

“All I Ever Wanted: A Rock ‘N’ Roll Memoir” was published last April by University of Texas Press and was recently made available in paperback. Because the book came out during the coronavirus pandemic, any in-person events to promote it were wiped out. Valentine will do her first on Saturday, Aug. 28, in a conversation with “Janis” other Holly George-Warren at the Bearsville Theater Lounge. It starts at 5 p.m. and is hosted by indie bookstore Golden Note Book.

“I’m taking my daughter to college at Syracuse, and I have friends in Woodstock. I didn’t want to just come home to an empty house,” she says. “So one thing led to another.”

While she had done virtual events during the book’s initial run, “there’s nothing like being in person,” she said.

“I kind of realized writing this book, I’ve always kind of positioned myself as a band member, I’m the cool chick in the cool band. This is the first time I was going to go out and just be me and talk to people and play songs and kind of be Kathy Valentine.” 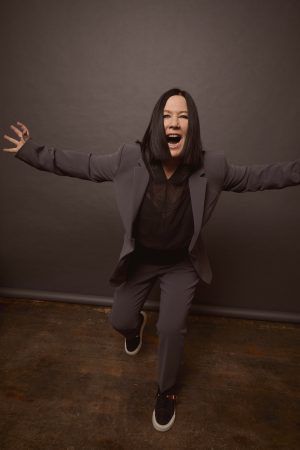 Kathy Valentine from The Go-Gos poses for a portrait at the Pizza Hut Lounge on January 25, 2020 in Park City, Utah. (Photo by Emily Assiran/Contour by Getty Images for Pizza Hut)

Valentine wrote some of The Go-Go’s biggest hits, including “Vacation” (from which her book takes its title) and “Head Over Heels.” To accompany the publication, she released a soundtrack of new songs. The songs were matched up with certain plot points in the memoir.

“There’s a chapter called ‘Queen Bees,’ which is kind of me taking my big shot again after The Go-Go’s broke up. I teamed with this rock ‘n’ roll girl from Girlschool. So I wanted the music to kind of reflect that. It’s a real rocker, it’s super cool.

“And there’s a chapter called ‘Just Do It,’ and it deals with rape, and it’s a very painful chapter. When I wrote that one, I wanted to kind of capture the ambivalence, the pain, the sadness, the innocence. What’s interesting about that song is that writing the song opened up a grieving process that even writing about it didn’t address. Even though I was very honest and blunt on the page writing about things, sometimes the music…As soon as I was writing the chorus and sang it with my guitar, I started crying and probably didn’t stop for three days.”

Despite that harrowing teenage experience, the most difficult thing to write about, Valentine says, happened when she was 23. She learned she was pregnant while on tour opening for The Police in Europe, her band’s biggest tour yet.

“The most difficult emotional thing, I think it was probably writing about abortion because that’s very vulnerable and it has a lot of stigma,” she says. “But part of me was like, this is nobody’s business, this is my business, yet I felt it was important to tell the story. I don’t have to worry about it because I’m menopausal — I’m not going to need an abortion. But realizing how my life would’ve been completely derailed and my dreams and my career if I didn’t have that freedom to determine when I’m going to become a parent and live my life and have a career.”

A recurring theme in the book, which also includes Valentine’s drug use, alcoholism and Alcoholics Anonymous-aided sobriety, is her nontraditional relationship with her mother. The first time Valentine used cocaine was with her mom. Asked if she wanted more boundaries from her mom at the time, she says, “No, I didn’t know any different.”

“There was a few times that I wanted her to be like other moms,” she says. “Like, I started the book around 11 or 12, and there were times that I remember her picking me up in her sports car and mini skirt and feeling embarrassed that she didn’t look like the other moms. It all seemed very, like…I don’t know, it was all I knew. I think that’s what it’s like for kids, whether it’s alcoholic parents or parents that are fighting sometimes.

“And I loved my mom. I loved her and the way she was, to my perspective, it wasn’t until I was older, especially as a mom myself, I started going, what the hell, jeez? … I’m writing about this stuff, about the pot-smoking and her affair with the teenager, and my mom comes over, and I’m like, I’m writing about this stuff, are you cool about it? My book had enough good stuff that I didn’t have to put in anything that anyone didn’t want. She said, no, it’s your book. The fact that she let me write my book, no matter what, she supported me. It was more important to her that I write the truth than have her look good. It didn’t even occur to her to say, no, don’t write that about me. It gave me another lens to look at her parenting. I know people whose parents laughed at them when they said they wanted to be in a band.”

“We’ve gone through so much that we’ve really got to a good place,” says Valentine. “The documentary that came out was really good for this band. We did the interviews separately, but we saw it together at Sundance. Seeing what Alison [Ellwood] and the director did in 90 minutes was very healing.

“Speak of the devil, there’s Belinda calling me. I’m just going to send her a text. So anyway, we’ve been in touch. We have a lot of texts. Belinda and I FaceTime all the time. I talk to Gina all the time. I keep in touch with Jane through social media and talk to Charlotte occasionally. We know each other so well in many ways that it’s fun.”

MY MORNING JACKET: NEW ALBUM ‘THE WATERFALL’ COMING MAY 4