Anamon, a melodic, garage-y indie rock band out of Rochester, New York, released its new album, “Purple, Green, and Yellow” today, and its supporting tour will bring it to Threes Brewing in Brooklyn on Monday, Oct. 8. Fans of Slothrust, Speedy Ortiz, Angel Olsen and Diet Cig might find a new group to add to their playlists in Anamon, fronted by Ana Emily Monaco.

We caught up with Ana by email in advance of Monday’s show in Brooklyn.

When and where did the band get together?

We’ve all known each other for a really long time. Benton and I should have met in high school because we were going to the same parties. Aaron and I met when we were young adults, when we thought being dangerous was some new idea and we had to be the ones to perfect it. Sam just showed up. We were neighbors once; he lived with an old childhood friend of mine to make it a smaller world. Rochester is tiny. There’s maybe 4 degrees to everyone. If that.

To actually answer the question, I had a bunch of songs that I wanted to beef up in January 2017. I asked Benton and Aaron because they’re masters of their craft. Sam recorded our first record “Stubborn Comfort.” He joined us in December 2017 because we were covering ‘That Smell’ by Lynyrd Skynyrd for a New Year’s Eve show, and needed a lead guitarist. Sam is also a master at his craft. He lives with us now.

What common interests/influences brought you together?

But really, I think we all really value being genuine (genuine-ity?). We can smell a snake from a mile away. We all look to the horizon. Musically, it’s all the obvious stuff. But energetically, spiritually, karmically, we all met up. We all have something to add to the group. And we want it to be not obvious. We don’t want to go to the “right” chord that resolves the progression or phrase. We like to find other ways to resolve. I don’t know how to say that without sounding, I don’t know, pretentious? Like an idiot? I don’t know anything about music theory, which helps.

What is the writing process?

Well, I kind of eluded to it in the previous question and didn’t realize this was the next question haha. I don’t read ahead sometimes.

The first record was mostly my own songs that I brought to the table and said, “hey do what you do with this.” It wasn’t as collaborative as our new album is. “Purple, Green, and Yellow” has all of our voices in it. Aaron wrote the main riff to “No Friends.” Benton wrote the lyrics to “Thankful Dad.” I come up with a lot of little licks, and then I need help with where they should go, what they become. It’s a fairly intuitive process for all of us. Definitely for me. Benton and Sam know theory, all that stuff, but know what to do with it. They break the rules. Aaron just listens to so much music that he always has ideas.

How have fans reacted to your shows?

Incredibly. Wow. Thinking about how much love I feel from our shows, it makes me feel a way I don’t know how to describe. I’m a shy person on stage, it’s a vulnerable place for me. There have been tears, people singing along to lyrics I wrote. It really means so much. Other times, it’s doesn’t catch and that’s totally cool too. No matter what, we always have fun.

Tell me about the making of the video for “Iron Bill”

Well, we picked the hottest day of the year by accident. It was brutal. Already 90 degrees at 8 a.m., which was our first stop of the day. We asked people on our Facebook page if anyone wanted to be part of a video. A ton of people reached out for that. Benton made an itinerary with all the stops (he’s very managerial). We ended up not going to all of them though, because 10 hours after our start time, it started to feel unsafe to continue in the heat. Mike Martinez made a video for us last record (“Fast Car”). Mike knows video. That’s his job. He has helped us out immensely. He and his partner Elise have been big supporters of us. He was such a trooper and does whatever he has to do to get the shot.

What do you want people to know about Rochester?

There’s shit parking and poor public transportation. It feels like the same 20 people are in 20 different bands together sometimes. There are people starting to find ways to blow that model wide open and leave it behind. All that said, when it’s on, man, it’s on. It’s cheap and the summers are jam packed with fun. It’s worth the winters sometimes. People move away from here but always come back. It’s small. I was born and raised here. My friends’ parents knew my parents. It’s familial. There is a huge gap between the rich and poor. Like everywhere else I guess, but statistically shocking here. Kodak, Xerox, Bausch and Lomb are all from here. .. or were. It’s 10 minutes from anywhere more or less. But then you can’t find parking. There are a lot of old trees, a lot of fresh water. That is a really special part. Frederick Olmsted (who designed Central Park) designed four of our many parks here. We have a Frank Lloyd Wright house right in the middle of the city. Frederick Douglass and Susan B. Anthony spent some of their lives here and did important work here. There’s also a huge waterfall in the middle of downtown. It’s a very visually pleasing city. There’s good art here. People are rugged but still really nice. I like it here. 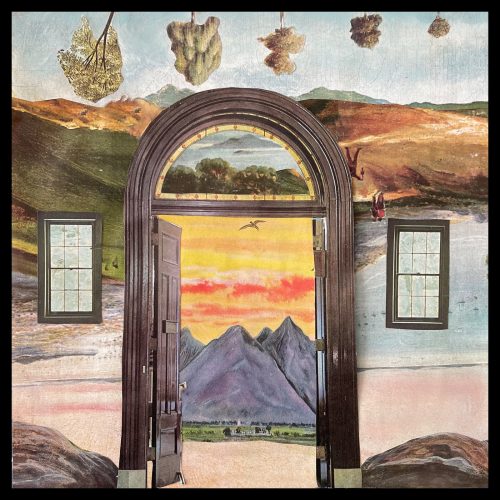 FOR FLOODWOOD, “THIS IS LIFE”