Willie Nelson announced on Tuesday that the inaugural Outlaw Music Festival, featuring Nelson, Neil Young and Sheryl Crow, will be held at Montage Mountain in Scranton, Pennsylvania, on Sunday, Sept. 18.

Joining Willie Nelson & Family, Neil Young + Promise of the Real and Crow will be Chris Robinson Brotherhood, Lee Ann Womack and Brothers Osborne. “Additional performers and special events will be announced in the coming weeks,” according to a press release. Tickets go on sale Friday, July 29, at 10 a.m.

“Willie Nelson & Blackbird Presents are thrilled to bring the Outlaw Music Festivals’ top-tier talent to The Pavilion at Montage Mountain,” organizers said in a press release. “The picturesque setting and wide variety of festival attractions (including local cuisine, beer, and crafts by local artisans) will provide music fans in the region with an unforgettable festival experience.” 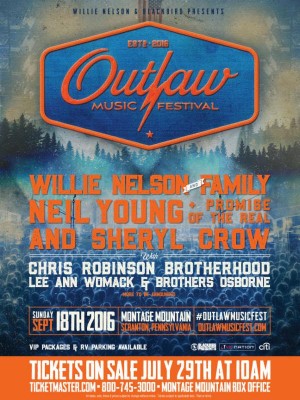 The Outlaw Music Festival marks the third Montage Mountain-hosted festival, following in the footsteps of the Peach Festival, which will celebrate its fifth edition Aug. 11-14, and the Susquehanna Breakdown, which was held for the fourth time in May. Nelson performed at 2015’s Peach Festival, and Robinson played there in 2013 as a member of the Black Crowes. 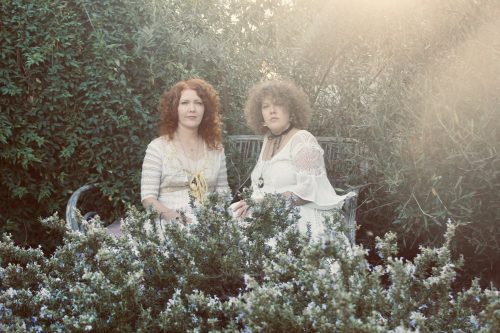