You have to give director Luc Besson this much credit:  He never, ever feels like he’s on autopilot.  If Besson were a baseball player he would be one of those frustratingly inconsistent elephants that always ends up in the top 10 for the season in home runs despite a .210 batting average and no defensive capabilities.  Besson has no finesse, no ability (or desire) to be subtle, and his scripts feel as though they were made up on the fly and never fact-checked.  But what he lacks in grace he makes up in overwhelming hugeness, conjuring moments of spectacle that Michael Bay couldn’t hope to achieve with 10 times his budgets.

“Lucy,” Besson’s latest over-the-top action spectacle, stars Scarlett Johansson in the titular role, an American college student living (and partying) in Taiwan, who is roped against her will into smuggling a new kind of drug for a local warlord (“Oldboy’s” Min-sik Choi, excellently sinister).  Said bag is surgically implanted in her stomach; when an assault causes it to leak, the massive overdose allows Lucy to access parts of her brain that other humans cannot, leading to the acquisition of supernatural abilities.

Let’s get this out of the way:  The “human beings use only 10 percent of their brains” concept, around which “Lucy” has based its whole advertizing campaign, is complete pseudoscience and was disproved years ago (those “dormant sections” of our brains are busy making sure we don’t have to think about our hearts beating or blinking our eyes).  Most of this nonsense is explained to the audience in monologues by (who else?) Morgan Freeman, who had a similar role earlier this year in “Transcendence.”  It seems hypocritical that Freeman’s wise old man character in “Transcendence” was such a scold when Johnny Depp attempted to achieve higher consciousness, yet here he encourages Lucy to push her boundaries.  Maybe the “South Park” gang had it right all along, and he’s simply collecting freckles for each piece of exposition he delivers.

The difference between Wally Pfister’s awful “Transcendence” and “Lucy” is that while “Transcendence” didn’t have a single interesting idea (and seemingly had no interest in conjuring up the energy to look for one), “Lucy” is positively packed with them.  Besson wields Big Ideas like a little kid with a homemade flamethrower.  “Lucy” looks at first to be a superhero origin story, with Johansson enacting brutal revenge on her captors, but Besson admirably tries to push his story beyond its action movie trappings.  While Choi schemes to get his drugs back, Lucy dispatches them without a second thought, on her way to a higher plane of existence.

None of “Lucy’s” silliness would come close to working unless anchored by the right actress, and Johansson nails the role.  The character of Lucy has a lot of notes to hit:  flirty party girl turned terrified drug mule (I’ve never seen Johansson play a victim before.  She does it well), an avenging action hero which she plays with the resting-panther confidence of an R-rated Black Widow, and finally an escalated being.  Johansson plays the second half of the movie like someone who views humanity as a curious child would look at ant colony.  Her performance evokes David Bowie in “The Man Who Fell to Earth” and Jeff Bridges in “Starman,” to the point that watching her try to achieve higher understanding becomes more interesting than the shoot-outs that Besson seems to add as an unwelcome necessity.  Once Lucy gets to the point that she can knock out an entire room of people with her mind, or cause them to float harmlessly away, a group of thugs with guns barely seems worth caring about (and brings about another problem with Besson’s movies:  villains who act with no sense at all.  Would a group of Taiwanese gangsters really fly to France and engage in a shootout with Interpol agents over a few bags of drugs?).

As lucky as Besson is to have Johansson as his star, she is equally fortunate to have teamed with one of the few remaining directors that relishes working with strong female characters.  Lucy’s descendants include the titular character of “La Femme Nikita,” 12-year-old Natalie Portman in “The Professional” and especially Leeloo Dallas Multipass in “The Fifth Element.”  Besson puts Lucy through the ringer in her journey (there’s a wonderfully shot moment of body horror in an airplane bathroom), but it never feels cheap or exploitive.  Besson respects women, and for all his faults he seems incapable of looking at them as window dressing.  The movie’s best scene, in which Lucy says goodbye and thank you to her mother before she forgets about human concepts like love, is shockingly intimate and beautiful.

“Lucy” is not a great movie, but it would be nice if more filmmakers would take the kind of big swings that Besson lives for. 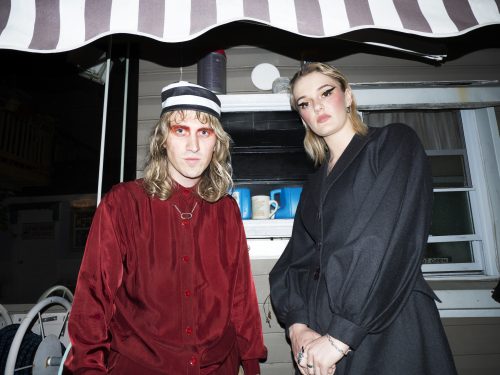