Chances are, the bands you loved and tore up your walls with dozens of push-pinned posters in your youth are probably not on regular airplay in your earbuds today.  That’s not to say you don’t still hold those bands dear in your heart or never listen to them, it’s just that you changed, and so did your taste.

That rite of passage was the inspiration behind “Givin’ Up On Free Jazz,” the new record from New Jersey outfit The Everymen.

“It’s kind of of like when you’re a kid, you’re into very basic stuff, and then you start getting your own taste when you’re older and get into more refined stuff,” vocalist/guitarist Mike V. told Highway 81 Revisited Thursday via phone from a bar in lower Manhattan.  “Your palate gets more informed, and you get into college and get into weird, crazy fucking music, and you end up taking drugs, and you get to a point where you don’t give up on that shit — I still do listen to all that weird shit, I make noise music on the side and dabble in heavy art shit – but you want to find your roots again.”

The band performs at the Cake Shop on New York’s Lower East Side on Friday, April 4, and Mike chatted with H81R about recording the new album and his influences, and the amicable frontman even played a round of Fuck, Marry, Kill with us.

MV: The inspiration was just making another record.  We’ve done tons and tons of stuff and tons of records at a very fast clip, but I’ve always worked in a very solitary fashion.  This was the first the band made as a band — I still kind of drive the ship — but I wanted it to be a much more collaborative thing.  I think the results are great, and it sounds like a band’s record.

It just took us for-fucking-ever, but that was intention.  We took our time, spacing everything out, I never recorded like that before.

MV: Probably not, not because I didn’t like that, but you should try something new on every record.  I don’t really love recording.

H81R: Was going from being the ringleader to actually collaborating with others difficult for you?

MV: It was pretty smooth.  There’s no real way to say this without sounding like a fucking asshole, but everyone kind of does what I tell them.  The way I established this band was that I was going to have the final say, and I was going to find a bunch of people OK with that.  I do take them into consideration.  To avoid that shit, like infighting and people feeling their ideas are not being heard, I picture myself as a benevolent dictator (laughs).  I want to make records very fast, but I didn’t want to have to get everyone to agree on cover art or guitar sounds.  But we all get along.

MV: The first year it was just me and Stephen the drummer.  I had come from a band and just wanted to be a simple band, but I wanted to call the shots.  The next thing, you look up, and there’s nine people on stage, it just kind of grew, and it’s not what we need but what can we use?  We don’t need a sax player, but it makes us who we are.

In my dreams, if we had a fucking million dollars and headlined Terminal 5, I’d have an entire fucking horn section and a bunch of Cuban dudes playing.

H81R: Speaking of that horn section, your music definitely skews from that New Jersey-an they call “The Boss,” but who else has influenced you?

MV: It’s hard to say, music is the only thing I’ve ever done.  My father was a musician, we had a huge record collection that was crazy all over the place.  One day, you’re listening to Neil Young and Crazy Horse, then James Brown, then (John) Coltrane.  The obvious one would be Bruce Springsteen, just because when I was a kid — I was born in 1982 — he was the biggest fucking singer in the world, and then I realized he grew up on the shore, and I kind of related to him.

Eric Bachmann (Archers of Loaf, Crooked Fingers) is probably my favorite songwriter of all time, he’s the most criminally underrated ever, and he’s restlessness, you’re not going to hear the same tune all the time, which is what I try to do.

Otis Redding, not even to ever compare myself, he’s the greatest singer of all time.  He wasn’t really that good of a singer, it was just the way he sang — he made you feel. That’s what I try to do; I don’t come close, but I try to emote as best I can.

H81R: New Jersey, especially these days, is the butt of a lot of jokes.  What’s your favorite thing about the Garden State?

MV: The one thing I love is the shore.  It’s a resort, and some parts are nicer than others, but it’s very working-class, very blue-collar.  That’s home for me, and that’s my favorite.

MV: Kill Jon Bon Jovi, fuck Chris Christie because he needs to get fucked, and I would marry Bruce because I’d never have to work again, and it’d be nice to have him write a song about me. 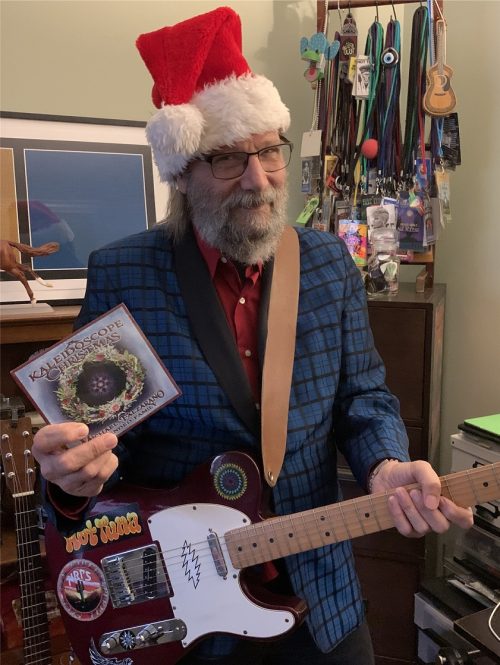