SCRANTON — The intention of Old Farmers Ball was not to prove a point.  However, a major statement was made Saturday under gray skies and heavy rainstorms:  a large-scale grassroots music festival can work in Northeastern Pa.

What’s most important, of course, is the music, and each act that was trotted out on the main stage at Toyota Pavilion at Montage Mountain was as good as or better than any major million-dollar players that will hit the stage this summer.

The day’s highlight was a downright triumphant set by Scranton’s And The Moneynotes, which had not performed publicly since December of 2011.  Opening their one-off reunion show with the quirky gypsy jazz of “The Body In My Trunk,” the six-piece group took advantage of the large setting and sound system, playing with unbridled energy and purpose.  Bassist/vocalist Pat Finnerty joked that the band was “used to playing rooms like this,” but ATM made it seem like it was indeed a familiar setting.  Singer/guitarist Mitchell Williams, especially, stalked the stage like an unhinged madman, and the show took on a celebratory feel, with Mike Quinn back in town from Los Angeles and a trio of sit-ins:  The Spinto Band’s Nick Krill on mandolin during “My Kid Smokin’,” Cabinet’s Pappy Biondo adding fiddle to “Magnetism” and saxophonist Nick Driscoll helping push “A Pirate’s Confession Part” to a stratospheric level.

All of the festival’s acts fell into a loosely defined roots-music genre, but there was diversity to be found, running the gamut from the drum-less classic bluegrass and country of Coal Town Rounders to the more straightforward guitar rock of Miz, and Brooklyn’s Yarn and North Carolina’s Holy Ghost Tent Revival falling somewhere in the middle.  Coal Town Rounders, one of the earlier acts on the bill, was also one of the best, playing a classic set huddled around a microphone Grand Ole Opry-style.  Chris Kearney and Matt Hiller’s harmony vocals rang out crystal clear throughout the Rounders’ performance, which included an upbeat, bluegrass-y take on The Band’s “The Shape I’m In.”

Miz played a very strong set as well, no surprise from the band that is no stranger to festivals and, like host band and headliner Cabinet, no stranger to the Toyota Pavilion main stage, having played at last year’s Allman Brothers Band-presented Peach Festival; both bands will make return appearances at this year’s Peach.  “The Brakes” was particularly powerful, with frontman Mike Miz’s voice and guitar both commanding center-stage attention.  Miz has continued to build its following both locally and on tour, and Saturday’s show showed why.

The main attraction, of course, was Cabinet, and the band did not disappoint.  While subtlety is a part of the group’s forte, nothing was lost on the big stage, as Cabinet managed to maintain an intimate rapport with the audience while harnessing the power of the large-scale venue.  The playing of Pappy, J.P. Biondo, Mickey Coviello, Dylan Skursky, Todd Kopec and Jami Novak – as well as Driscoll, who sat in for a remarkable reggae-tinged segment – was, as usual, of the highest quality, but the songs had a directness that made them connect.

Again, the music was the main attraction, and fans don’t care about behind-the-scenes infrastructure.  But it needs to be pointed out that Old Farmers Ball organizers, especially point man and Cabinet manager Bill Orner, made it look easy — and it certainly was not.  There were a lot of moving parts to synchronize, from the artists to the vendors to ticketing and, oh yeah, deciding the night before to move the event to the main pavilion due to weather.  In the long run, the move to the big stage from the side stage paid off, with the entire event taking on the feel of a major event – which, when you think about it, is exactly what it was.

Newer PostALBUM REVIEW: THE NATIONAL — “TROUBLE WILL FIND ME”
Older Post MY BACK PAGES: SOCIAL DISTORTION 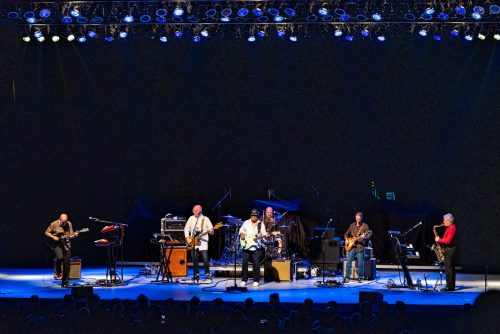 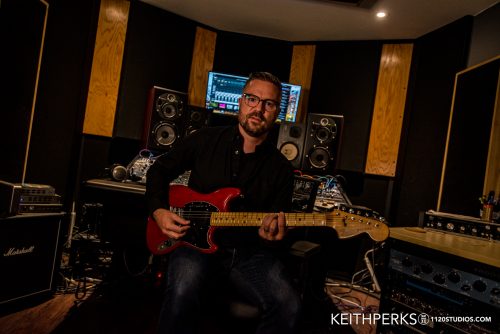