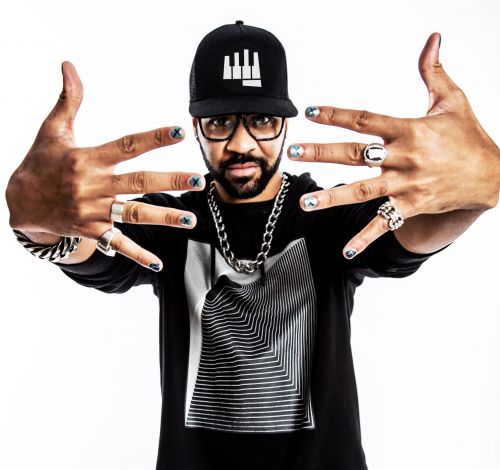 BLKBOK’s musical talents and creative energy have taken him across the world with household-name superstars like Rihanna and Justin Timberlake. He’s even played with someone in outer space. And now he’s now taking listeners on another deep journey, with songs such as “George Floyd and the Struggle for Equality” and “Michelle’s First Day At The White House.”

BLKBOK (pronounced “Black Bach”), born Charles Wilson III, is a self-proclaimed disrupter. A black man born in inner-city Detroit, he is not the prototypical classical pianist. And he doesn’t create like one either, with elements of hip-hop and other pop-centric genres informing his work as much as the sometimes staid world of the symphony.

His debut album, “Black Book,” has been updated as “Black Book DLUX,” adding poetry to the initially instrumental work. With a show scheduled for Wednesday, Nov. 16 at The Loft at City Winery in New York, we recently chatted with BLKBOK about his unique path, working as a sideman for some of the world’s biggest stars and how sometimes instrumental music is even more effective than lyrical works when it comes to getting a message across.

How did “The Green Book” film inspire your album “The Black Book?”
I watched the film and it was about Don Shirley and his trailblazing spirit and bringing music to the Deep South and going places that were not completely safe, and I believe that the energy and that spirit needs to be kept alive. And that’s kind of where “Black Book” was born from that energy of knowing that music is needed in a certain way at a certain time.

The film takes place more than 50 years ago. As you travel the country and navigate the music industry, how much have things changed? Do you still face some of the challenges Don Shirley faced as a black musician?

That’s a great question. Yeah, some things have changed and there are others that have not. I still face cynicism and I’ve faced racism at times in my pursuit of this music. One of the things that classical music has is this perception of elitism, these very old rules that we still apply to how the music is perceived, how it is enjoyed, and I believe that for a person like me who is a disrupter, it ruffles feathers, and the thing about it is, like Don Shirley, I’m not afraid to ruffle feathers, I’m not afraid to continue to push forward, even my name and a lot of things I’ve faced, there are people who don’t really approve of it too much. 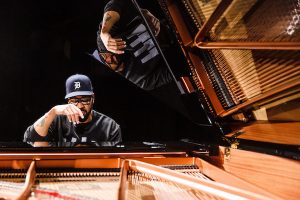 There’s a line on “Black Book DLUX” that says Mozart never came to Detroit. How did someone like you from Detroit get into classical music. What kind of music were you exposed to growing up, and how did you gravitate to the piano and classical?

I come from a family of musicians and entertainers, so my mom always knew that the music stuff was there. But I had a brilliant piano instructor, his name was Toma Schwartz, he lived right outside of Detroit in Lathrup Village and he was a master. From about age 4 to 16 I studied with him and that’s where the initial introduction to classical music came into play. But living in Detroit, I was a hip-hop kid, I loved everything rap, I also was a jazz musician and hung out with a lot of the the Motown musicians and the legacy that they left behind, they were my coaches, my trainers, my uncles, my aunties, so I had a lot of that experience as well. So a little bit of everything. And the rock side of Detroit, and the techno side of Detroit, it’s all there. I always say that Detroit is one of the best places to be born and raised for a musician because you get exposed to so much. The diversity there is absolutely unreal.

How did you go from playing in jazz bands and making beats to touring with Justin Timberlake, Rihanna and John Mayer?

It all happened in one rehearsal. It was a rehearsal I was doing with a band in Florida, and next door was Kevin Antunes, the musical director for NSYNC, was next door, and me being me, I just went next door and introduced myself. From that point Kevin and I stayed in touch with each other throughout the years, and when Justin was looking for a new keyboardist, I was just kind of there. From that point it was just one after the next after the next. Rihanna, Backstreet Boys, John Mayer, it all kind of tumbled for about a 13-year span of being on the road and I loved it.

In observing these major artists, what did you take from the way they operated and handled their day to day?

That’s precisely when I learned from them, the day-to-day stuff. Like what does it mean to wake up and have press in the morning and have nutrition and diet and workout and prep and meditation and do a show? How do you conduct yourself outside of the stage and how do you manage and be a leader for this group of people who are all supporting you? So a lot of that is what I got from touring with the A-list artists. And I definitely apply that to what I do now that my name is on the building and just more than anything the balance, how to live a balanced life being an entertainer.

How hands-on were some these people when it came to working with their bands?

Like I said, the balance is there. They all know when to speak up and know when to go off and do other things. You look at people like Rihanna and Justin Timberlake, who are also dancers, so they spend some time over here in the dance studio, they spend some time with the band, so it’s very much a balancing act between all of it. In the case of someone like John Mayer, he’s a musician, so a lot of time is spent playing music. It reminds me of being in a garage playing with my friends back in my high school days, he’s very much a musician and the guys he surrounds himself with love to play. He likes to experiment and sometimes we’ll start a song and it will end up being like 40 minutes of us kind of just experimenting and seeing where it goes, so he’s very hands-on in that way, and the others are hands-on in other ways. So being able to see the difference in how these artists live their lives is definitely something that’s helped me in finding my balance.

You played a duet of your song “Stars” with someone in space. How did that come about?

Michael [Michael López-Alegría, an astronaut], he became a fan of the song itself and I just remember getting an email from him saying can you send me “Stars,” I’m going to put it on the official playlist for this mission, and I sent it to him and I was so excited about that. He sent another email a couple days later and said hey, let’s make a moment out of this. And he’s a bit of a pianist, so via Zoom I taught him the basics of the song and he jetted off into the heavens (laughs) and we linked and did the duet together. I have to say it was one of the most amazing things I’ve experienced, to be able to understand that there’s a connection between myself on earth and someone who is off-planet and that we’re playing this orginal composition of mine and just making this historical moment out of it.

How would you describe the live show you’ll be bringing here?

Like always, this is a show where it’s a story. I want to tell the audience a very beautiful story and in telling that story it allows for a bit of escapism and the escapism exists in the fact that this has [little to no words]. This allows the audience to take their own journey and write their own narrative, and the beauty of it is is that the connection I have with these audiences is that everyone has their specific journey that they take, and it’s very personal to them, and i believe that that’s the power of this music: It allows everyone to have theory own separate experience and that’s what I’ll present to New York.

How did you connect with Lauren Delapenha, the poet who wrote the spoken-word parts on “Black Book DLUX”?

So I was introduced to Lauren through the head of my label, his name is Billy Mann. Billy met Lauren when he was vacationing in Jamaica and we basically got on a Zoom together and the first request was hey Lauren, Black Book is this, I want to create a twin sister, but in words. So we spent a lot of time on Zooms just having conversations about energy and life and the songs themselves, some of the original working titles, the transitions of how they were composed, so many different, intricate little things that were the information that she took and kind of went into her own world, and when she came back with these poems, ytjhey were actually absolutely brilliant.

How do you get across a message in your instrumental music?

I believe that musical storytelling is something I’ve always been very attracted to. Some of the artists I listen to are masters at this. I believe that music is the language that can convey the message better than words, so I believe that words can sometimes get in the way. They can be confused, they can be misused. I believe that there’s a pure emotion in sound and for me being a person who kind of manipulates this energy, I think that’s a beautiful gift in itself, being able to manipulate this energy and tell people a story without words. I don’t think words are sometimes necessary.

Who are some artists that have made you feel that way?

One of my favorites artists is Pat Metheny, who’s a brilliant master, and Andre Vollenwider, who’s an electro-acoustis harpist, he’s a master at this as well.

Newer PostRACHEL BOBBITT EXAMINES THE EXTREMES OF LIFE
Older Post AUSTRALIA’S THE JUNGLE GIANTS ARE BACK IN THE US, AND THEY’RE ‘FREAKING OUT’