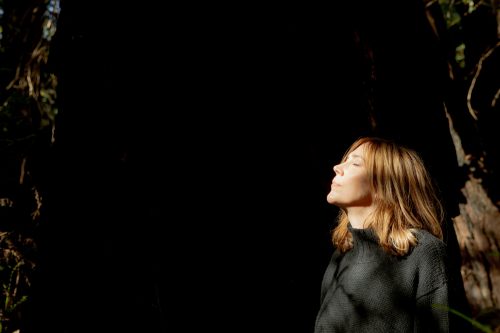 The critics at the New York Times, Pitchfork and beyond have placed Beth Orton’s new album “Weather Alive,” her eighth, in the same company as her beloved (and top-selling) late-’90s/early-2000s material.

During an interview last week, though, it becomes clear that the person she’s worked hardest to please with the new songs is herself.

“For this record, it was just being thrown back onto myself a lot and tested,” she says. “I was given an opportunity to really get a sense of my own mettle and what I was capable of.”

She self-produced the album at her home studio in her native England with remote contributions from drummer Tom Skinner, multi-instrumentalist Shahzad Ismaily, bassist Tom Herbert and saxophonist Alabaster dePlume. She came away with quietly intense music that, not surprising to long-time fans, blends power and vulnerability.

Orton, on her first headlining tour in more than five years, spoke with Highway 81 Revisited in advance of her Saturday, Nov. 5 at the Bowery Ballroom.

If you listen to “Weather Alive” after listening to your previous album, “Kidsticks,” it’s a very sharp contrast. Were you intending to go in a direction that was different to “Kidsticks”?

I’ve never gone into a record with that very contrived way of like, “Right, I’m going to make a record like this.” But I did pull from “Kidsticks,” because you know “Kidsticks” was written on a keyboard, little Casio keyboards, little loops made, and I was like, well, what if I took the same kind of … Basically, I put what I had learned, how simple it could be to write, back onto an acoustic instrument, the piano. I was still using some Midi and creating little loops around the songs here and there and exploring in that way, and it did open up, in that I had guitars, so I could go between these three instruments, and in doing so I kind of found what resonated, and that was in keeping with the songs, really. 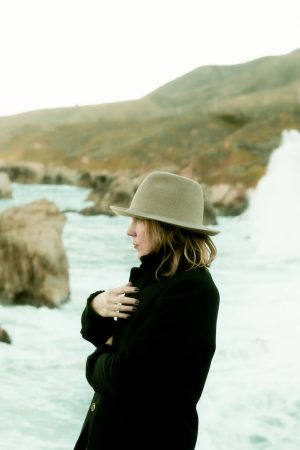 You’ll be performing at the Bowery Ballroom on Saturday. Can you describe what type of show you’ll be doing?

I have a full band, drums, bass, guitar, horns. Heather Woods Broderick is opening for me doing the support then she’s also joining the band as well. It’s very, very lovely to be doing this and to be able to curate these concerts now with a full band and to be able to sort of bring elements from across the years, but I really do feature the record, it sort of defines the feeling of the night.

I’ve read that you might have been thinking about not touring anymore. Was that the case?

I was feeling that it was hard to tour, hard physically, and hard with kids. I wasn’t sure that I could do that with kids, but here I am.

You recently toured arenas as the opening act for Alanis Morisette. Did you need to be talked into it, or did you jump at it when you were given the offer?

I jumped at it. I thought that it would be a really good way to, you know, help my family (laughs) and make some money, and I was really keen to do that.

How was that experience?

It was lovely to get up on someone else’s stage, someone else’s audience, their lights, the most beautiful lights, beautiful sound system, incredible crew. It was fun, it was really good fun, I have to say, very kind of stress-free.

You’ve had some health issues that you’ve spoken about. How are you feeling? Are things OK now?

Yeah. Life goes on. When I initially talked about it I was recovering from COVID so I was a bit unfiltered, but I was more interested in the healing process, really, and how this record is part of that in a way. I would never call music therapy, but going back to piano and going back to writing songs without having any expectations of what those songs would be or for what reason other than I really, really, really enjoyed it and got a lot of solace from playing them and singing them. And finding my way around that was such an extraordinary gift, I was just so happy to be making music, really.

It’s just funny, because you make a record thinking, well, you know, I didn’t meant to, and now I’m on tour, here we go again, OK (laughs).

On this album, the lyrics really seem to match the music, and the vocals are put forward in a way that they sound like part of the music rather than something on top, if that makes sense. When you’re putting the sounds and words together, what is that process like?

Well, I’m always writing stuff down, so I’ve always got ideas in terms of words, so when I first start writing a melody there are always words that come with the melody, and that dictates. Those words are an instrument, and those melodies are an instrument and my voice, it is an instrument, and the melody dictates the words, and the words dictate the melody, and then I have to sort of either take verbatim what I’ve just kind of imagined up on the moment or I have to then find the meaning within that and sort of develop that meaning, and that’s where I’m kind of at with it.

Do you write when you’re not working on an album?

Oh yeah, completely. I never write like, “I’m writing an album.” I think that’s part of the thing why these songs are so refreshing is they were written because I was compelled to sit at a piano and write and write and write and write, and it wasn’t for anyone or for anything. I think there’s a power in that energy, sort of like what would I do if no one was going to hear this? How unafraid would I be?

You’ve taken different directions and a larger portion of your listeners have stayed with you. What kind of role have they played in your career arc?

It’s incredible. I’m so grateful for the people who have stuck around. I’m not here without that. They’re as important as every player, they’re as important as every song. They’ve given me this time to kind of figure it out and say, “here’s this piece of work.” I always consider the long-term people who’ve been in the trenches with me very dear and I’m just incredibly grateful to them.

When you look back on the commercial peak of your career with some perspective, were you enjoying it? Many artists struggle with it.

I don’t think it’s easy, I don’t think it’s easy at all, and I think that sounds whatever it sounds. It’s funny, I was walking past a hotel yesterday with my daughter in New York, and I was like, “I used to stay there,” and she was like, “wow, it’s massive,” and I was like, “yeah, huge, and it’s really fancy,” and I said, “but you know what, I’m so happy to be walking past that hotel pointing it out to you but walking down the street with you.” Not staying in that hotel, but looking at it and going, “I did that once. I’m so happy that I’m here with you now and not there.” Not because I didn’t enjoy it because the success wasn’t lovely and all of that and given me the chance to have a nice home to bring my kids up in, not fancy, fancy, but good enough — it’s all good. And I’m just like, did I handle it well? Probably not. Was I gracious? Not always. I came out of nowhere in a very particular time of my life when … It’s a lot. Maybe more than people realize.

Newer PostAUSTRALIA’S THE JUNGLE GIANTS ARE BACK IN THE US, AND THEY’RE ‘FREAKING OUT’
Older Post BEABADOOBEE SHOWS STAR POWER AT BROOKLYN STEEL