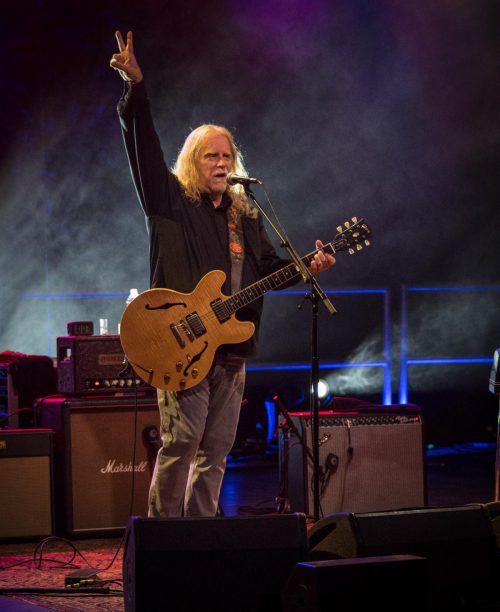 The shutdown of the touring circuit affected no one more than Warren Haynes, the Gov’t Mule guitarist and singer also known for his long-time membership in the Allman Brothers Band and work with members of the Grateful Dead. With a few one-off shows in the spring to test the waters, he’s now plunging in with a full schedule, including co-headline dates with Trombone Shorty, Mule-headlined shows and stops on Willie Nelson’s Outlook Music Festival Tour.

“We did a handful of shows, but we haven’t done any touring until now. It was great to kind of really get back into playing, and obviously it’s something that we missed very much, and I think music lovers and the world missed the whole concept of live music,” Haynes tells Highway 81 Revisited. “But but for us, it’s a way of life, and it’s our work and what we’re used to doing on a daily basis. So not having it for so long was such a major thing, so just to be able to do it in small doses was great.

“Now, fingers crossed, we’re going to up the dosage.”

Gov’t Mule will perform in Philadelphia Saturday when the Outlaw Festival comes to the Mann Center. And on Tuesday, Sept. 14, Mule will headline at Levitt Pavilion SteelStacks in Bethlehem, Pa. The band will release a new studio album of blues songs, “Heavy Load Blues,” on Nov. 12 (you can listen to the first single from the album below.)

You’re known for an intense touring schedule, so lockdown had to be especially strange for you.

It’s the longest I’ve been at home or not performing since I was 15 years old. It was a major change. Some of it was good. I’ve been able to spend more time with family. I have a 9-year-old son. But there are all of the obvious challenges, not the least of which was not being able to work. It affected all of us in a similar way but in different ways as well, I’m sure. So speaking for myself, it made me even more grateful for the fact that I get to do what I love for a living. I’ve never taken it for granted.

Right before I called you, Widespread Panic and Pixies cancelled fall dates due to COVID concerns. Are you worried as you’re about to head out on the road?

Yeah, I mean everybody is proceeding with caution. Right now, all of our shows are outdoors except one show that we have where everyone is vaccinated and/or proof of a negative COVID test. And you know, there’s no guarantees, no matter how cautious you are. All of the bands and the promoters and venues are kind of watching each other and seeing how things progress. We’re doing the best we can.

You’ll be playing some dates on Willie Nelson’s Outlaw Music Festival Tour. How do you feel about performing with him?

Willie is a national treasure and someone I’ve known a long, long time and been a fan of even longer. When I say a long time, I think the first time we played together was when I was 20 or 21 or something like that. There are not enough superlatives to say about him. We’re psyched. I’m psyched.

Sturgill Simpson is another guy on that bill, and I was wondering what you thought of him and how he’s been able to find success in country outside of the pop country machine.

I think Sturgill is proving that you don’t have to agree to the parameters and to the molds of modern music. You can do what you love, and if you do it well enough, people will get it. My hat’s off to him. He’s great. And Margo Price as well. I admire anyone who sticks to their guns and does what’s in their heart and doesn’t concern themselves with what people want to hear.

What is the idea behind the series of live albums you’ve been releasing on the streaming services? (So far, Gov’t Mule has released “Live At The Cotton Club” from 1997, which features the band’s original lineup a few years before the death of bassist Allen Woody; “Live At The Angel Orensanz Center,” recorded during the second of back-to-back shows as part of Mule’s New Year’s run in 2008; and “Live At The Beacon Theatre,” recorded on New Year’s Eve 2017 with special guest Jackie Greene as part of the band’s annual NYC residency.)

Well, the idea was to kind of stimulate a format that’s very well received in a modern world but maybe not in all cases by hardcore Gov’t Mule fans. So we had Jorgen Carlsson, our bass player, who’s a great engineer, go back and remix a lot of cool shows that we thought would be good to turn fans onto Gov’t Mule but also get a lot of these shows in an updated, remixed format to the hardcore fans as well. We have so many live records out there, it’s hard to chose sometimes which ones represent the band or a certain era the best. But in a lot of cases, shows will stand out to me, and that’s a good starting place.

Do you listen back to shows in the archives as part of process of selecting what shows to release?

I listen pretty intently to them. I choose all of the shows based on my own feeling about how the shows sound and were performed. I want there to be a difference from each one to represent a different part of what we do. That’s from a setlist standpoint, band approach, even the band lineup. There’s not a lot of overlap between these shows.

Have you recorded new music during the lockdown?

Yeah, one of the good things about not being able to tour is that we spent a lot of time in the recording studio. There’s a lot of good music on the way.

When the Allman Brothers finished, did that offer you a sense of closure for your decades with that band? And did it allow you to focus more on Gov’t Mule?

Well, I think, let’s start with closure. The last Allman Brothers show that we did, I think that was 2014 (at the Beacon Theatre), was an exceptional show. It’s one that every one of us was extremely proud of. We played three sets for the the only time that I can remember, and we knew that we had to go out on a high note and everyone rose to the occasion.

As far as Gov’t Mule having a little more time to kind of do our thing, that was kind of built in anyway. Gov’t Mule has kind of taken up the biggest part of my year for many years, and that’s kind of the way it’s always felt from a priority standpoint. I think we were able to kind of bounce back and forth and do both things, and never get burned out on either one. One of the things that I feel very good about is being able to do is having so many projects in my life that I don’t get burned out on any of them. 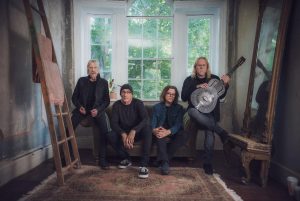 Before the lockdown, one of the last big shows in New York, and certainly the last one at Madison Square Garden, was when you and other surviving Allmans members performed as The Brothers on March 10, 2020. What was that like? Was there a sense that it might get canceled or be the last concert for a while?

As the show got closer and closer, we weren’t sure what was going to happen, even up to show time. We were not sure we were going to be able to take the stage until we were on stage playing. That made it even more special and more unique in a lot of ways, and that show was fantastic. I’m so glad we had that opportunity to do that, and to do that before the world changed was pretty poignant.

Are there plans to do something like that again?

It was intended to be a one-time thing

You’ve worked with everyone from the Grateful Dead to modern rockers like Black Stone Cherry and The Pretty Reckless. How are you able to work with so many different types of musicians?

I think because I like so many different types of music, the opportunities are there for me to play with all of these musicians, all of these musicians that I’m surrounded by. It’s an amazing opportunity and it keeps me going. The inspiration that comes with that is fantastic. As someone who really loves all these types of music, to be able to express myself in these projects is kind of an amazing thing, really.

Does it take a certain attitude to be able to collaborate with people from different walks of life with unique personalities and egos? Do you have any advice for someone who hopes to follow a similar career path?

Well, I don’t feel comfortable giving people career advice. I’ve been lucky that things have worked out the way they did for me. I can say unequivocally, all of the decisions that I’ve made and all the decisions that Gov’t Mule have made have all been based on what we really wanted to do and what I wanted to do. I never second guessed what I thought would sell the most or what people expected or wanted to hear. I feel like if you’re true to yourself, that’s where the whole concept of an artist starts, and people pick up on that. If you create, a likeminded audience will kind of build itself around that. That’s the only advice I have for anyone and it’s not even in a way that there’s any guarantees. It worked out for me. But, ya know, who knows? Every situation is different.