Slim Gambill might be the only musician who’s worked with members of Hanson and a Korn collaborator. Throw in his day job as the touring guitarist with pop country phenomenon Lady Antebellum and a stint in the “Last Call with Carson Daly” house band, and you have a Forrest Gump-like resume, which includes his recently released debut solo album, “Fake Jazz & Theme Songs.”

Gambill has released two singles from the album so far — “Last Time Thing” and “54321,” which features Jeff Coffin of Dave Matthews Band.

We recently caught up with Gambill to chat about the new record, his seemingly random career and his live show — which hits Birdland Theater in New York on Wednesday.

What do you hope listeners get out of this album?

I hope they listen top to bottom and don’t ever get bored or skip a track! I tried to make an instrumental record for people who don’t necessarily listen to instrumental music—the focus is more on catchy melodies and accessible music rather than extended improv which is more typical of straight-ahead jazz albums. I save that for the live show but in the case of the recording, I guess I’d like people to get a fresh experience that’s outside of what they normally listen to.

How does someone end up working with Isaac Hanson and a contributor to Korn? Are you a true musical omnivore that enjoys all genres?

Ha! Funny thing about that track—I sent that loop out to several guitar players I admire, and those were the two that were able to do it in the time frame I needed it….so it was purely by accident that it was specifically those two on that track. But honestly I love that Isaac and Chris ended up lending their guitar voices to it, because I’m SUCH a fan of both of their playing, and they are SUCH different players that it really helped emphasize the “meeting of the minds” vibe I was after. And yes, I really do enjoy most genres, including Hanson and Korn! Weird, I know….

What do you have in store for your live shows, including the performance at Birdland in NYC?

I try to give every show it’s own set of special guests when it makes sense. In the case of Birdland, a couple of my great friends, Diana DeGarmo and Ace Young, literally just happen to be in town that night. They actually sang with me at my very first show with this project, and they’re gonna jump up and do it again at Birdland! They’re just crazy good singers, so it makes for a treat. But in general the shows really do go where they want to go….there’s a lot of jamming, a lot of on-the-spot reimagining of the tunes….every show finds its own direction!

Why did you decide to take a leap of faith and come down to Nashville to work with Charles Kelley and Lady Antebellum?

It was the perfect storm. I had been bouncing back and forth between LA and Nashville, but I had hit kind of a down period in LA. Between tours, not a lot happening—I was just restless. And at the same time Charles was telling me about this trio he and Dave had formed with Hillary, and how I should come to town for a bit, write some songs, play some guitar….so—and this is as close to acting on a whim as I’ve ever done—I put all my gear in my truck and drove to Nashville. It worked out!

The pop country genre is not particularly known for virtuoso musicianship. Two-part question: How did you adapt your style to fit into Lady A’s music? What might casual listeners be surprised to learn about the band’s musicianship and approach?

At First Lady A was after sort of a rootsy southern rock vibe. That’s one of my strong suits so I fit right in. But it wasn’t long (pretty much the second day of recording!) that some of the material really leaned more into a pop/adult contemporary thing. I had dabbled in that world but it wasn’t quite my thing. But in those scenarios it’s kind of a sink-or-swim situation. So it just came down to listening to what other people were doing and trying to get out of my comfort zone. So I guess I adapted by….adapting. Ha!

What are some of your favorite TV theme songs?

How would you describe your experience on “Last Call with Carson Daly”?

One of my biggest dreams ever since I was probably 14 was to be in a late-night house band. Still want to do that again at some point. So from that perspective it was REALLY exciting for me. The drag was that it was this odd scenario where it was different players every day, and you never knew when you’d be doing the show until pretty much the day before. It was a lot of fun when I got in there though. The other guys in the band were INSANE. Like, Kamasi Washington (and most of his band), Michael Miley (of Rival Sons), Tony Lucca, Zane Carney….a bunch of guys who have gone on to be complete badasses in their respective worlds. So playing with those guys was just incredible.

Who are some potential collaborators on your bucket list?

Just to the people that don’t think they like “jazz” or “non-vocal music.” Give the record a whirl. Come see a show. You might be surprised…and I just hope everyone digs it! 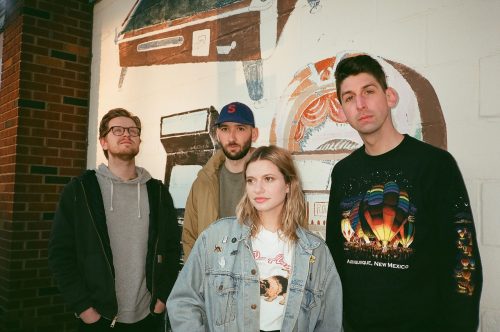 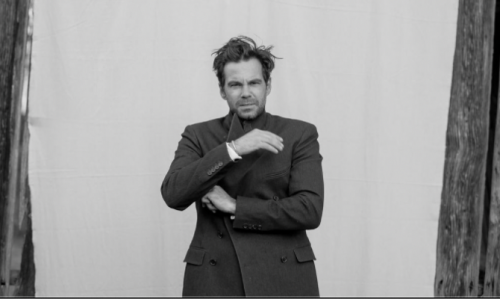