That left rhythm guitarist Keith Richards at the controls of the soulful rock and roll machine the pair have shared, tinkered with and wrangled over like a prized toy longer than fortysomethings have been alive.

Granted, Jagger will turn 70 next month and probably could have used a breather, despite still looking like he can easily squeeze into a size 30 of those “skinny jeans,” as the kids call them these days.  But to a casual fan who had never had the fortune ? literally speaking  ? to see this legendary collection of Brits live, Jagger’s brief departure seemed both unusual and fitting.

Jagger is said to be a control freak, presiding over the most minute of details of the band’s business operation.  And decades of discord between childhood friends Jagger and Richards have been well-documented.

Also well-publicized has been the “apology” Jagger reportedly demanded from Richards to finally dust off the band and get this 50-year anniversary “50 & Counting” tour off the ground ? albeit a year late, this, after Richards’ less-than-flattering revelations about Jagger hit newsstands in Richards’  book.

Witnessing Richards as short-lived frontman gave you the sense this was a condition of some sort of court-ordered custody decree ? even if you weren’t close enough in those $750 pit seats to see facial expressions.

Richards capably took charge, providing vocals on a pair of obscure-to-casual Stones’ fans tunes, to which Richards himself can claim writing credit:  “You Got the Silver,” from 1969’s “Let it Bleed” album and “Before They Make Me Run” from 1978’s “Some Girls.”

When Jagger returned to the stage, he brought with him both his harmonica and a former bandmate, axman Mick Taylor, who’s been sitting in on a couple selections at each of the Stones’ concerts during this 22-show tour.

They also proceeded to deliver the hands-down highlight of the 21-song, two-hour-and-15-minute this night:  “Midnight Rambler.”

While looking clearly less fit than Jagger, Richards and lead guitarist Ronnie Wood, whose tight shirt revealed defined triceps a 30-year-old would envy, Taylor teamed up with Jagger on an eight-minute rendition of the rockin’ smokey blues tune that would have “melted faces” ? as the hippies assembled for a jam-band festival might suggest.

There were other carefully scripted “surprise” guests for this show, as there have been throughout this tour with the likes of Tom Waits, Dave Grohl, Gwen Stefani, Katy Perry and Taylor Swift.

Oddly enough, cynical roughneck Philly got country star Brad Paisley, who sat in on “Dead Flowers,” the tune online Stones’ voters chose by request as the night’s last-minute add-on to the setlist.

Paisley, who launches his own “Beat this Summer” tour Friday in Florida, wore a Stones tour tee.  Of course!

The Philadelphia-based choir, The Crossing, added some heavy and inspired gospel backing  to ? what else? ? “Can’t Always Get What You Want,” which started the three-song encore, that  followed by “Jumpin’ Jack Flash” and “Satisfaction.”

The show, annoyingly delayed for an hour past its advertised 8 p.m. start time, was dominated by Stones’ classics, including “Gimme Shelter,” with the welcoming harmonies of backup r&b vocalist Lisa Fischer, and the disco-inspired “Emotional Rescue,” which the Stones strangely hadn’t unleashed for a live show prior to this tour.

Speaking of retro, Ronnie Wood brazenly lit up a cigarette on stage during “Brown Sugar” ? it’s the 2000s, Ron! ? as the show wound down into “Sympathy for the Devil,” the final song for the encore, during which keyboardist Chuck Leavell showed off his chops.

Interestingly, during the encore, Richards, strumming his guitar, strolled the tongue-shaped catwalk surrounding the pit assembled below thestage, as if he were lecturing a graduating college class with his Fender Telecaster.

He was clearly enjoying the adulation paid him by those high-paying customers.

Then ? not to be outdone ? it was Mick’s turn to make his rounds on the catwalk.  He energetically pranced the catwalk like a rabbit in heat.

For a full look at Tuesday night’s setlist, visit: http://www.setlist.fm/setlist/the-rolling-stones/2013/wells-fargo-center-philadelphia-pa-33d9c0e5.html

HARMONIOUS PHILLY TRIO TEOA DECLARES THIS IS ‘NOT THE END’ 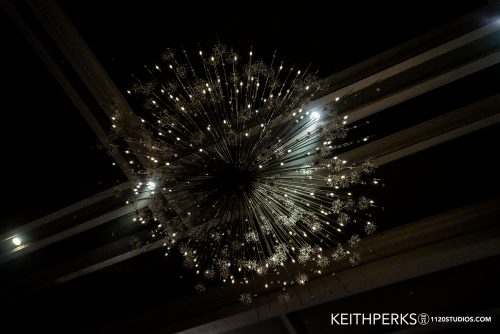