Playing as Prince’s backing band is no small task. Over the past couple of years, 3rdeyegirl has served as Prince’s three-lady backing ensemble with an apparently encyclopedic knowledge of Prince’s vast and varied discography. Aligned just perfectly with the release of Prince’s 33rd solo album, “Art Official Age,” 3rdeyegirl’s debut, “Plectrumelectrum,” is a unique testament to the influence of working with the legendary musician, something that is only really dimmed by a couple cringe-worthy song titles.

3rdeyegirl is, truly, in every sense of the word, a rock band. Their music is solidly based in loud guitar melodies and thudding bass. So, “Plectrumelectrum” is, in many ways, a pretty straightforward guitars-drums-bass rock record. Although this leaves little room for real error, it does create an album that feels a little worn, and, at worst, pretty repetitive.

Mid-album cut “Fixurlifeup” kicks off with a comically clichéd barrage of “hard rock” guitar riffs, and even though the pace changes up after the vocals start to bleed in, the initial slight but substantial slight of those opening chords are hard to forget. What proceeds is a slightly heavy-handed tune about girl power, a very worthy subject and a sadly unworthy tune to lay those words out to. 3rdeyegirl has explained in interviews that they are all about challenging the ridiculous amount of guff that female musicians receive on a regular basis, and a watered-down political tune isn’t exactly what the cause needs.

“Pretzelbodylogic” is a “good” song; it’s catchy, it’s a little embarrassing lyrically, but it’s nothing that you would immediately change the radio station because of. The song might be the most pointed example of where the influence of Prince might have gone astray, because the group’s stab at a Prince staple, the overt sex song certainly falls short of the perfect whimsy of “I Wanna Be Your Lover” or “Let’s Pretend We’re Married.” However, it’s important to remember that “Plectrumelectrum” is not a Prince album – even though his name is all over the advertising for the album, and he is a huge contributor, the album is ultimately 3rdeyegirl’s debut album.

Title track “Plectrumelectrum” is a groovy, solid number with an irresistibly potent basis in those crunchy guitar riffs that keep the album afloat. Rocking hard is important, writing an interesting song is even more so. Unfortunately the song takes on a slightly camouflage-y feel, and that’s never a good thing. “Plectrumelectrum” feels like a collection of relatively indecipherably identical songs, but at least the sound that the album is based around is almost immediately accessible.

Even the portions of the album that do deviate from the very uniform feeling of the album, like the oddly dreamy “Tictactoe,” end up sounding like just that – the token “slow song” or otherwise markedly different track. Not that “Tictactoe” is a “bad” song, because it is one of the more stimulating cuts on the album, with its drawn-out percussion and heavy reliance on cloudy vocal melodies.

The track that follows “Tictactoe,” “Marz,” might be one of the best tracks on the album: shimmery, rhythmically thick, involved lyrical content, a perfect example of what 3rdeyegirl is at their best. “Marz” is also not only the shortest song on the album, it also starts out with a line about losing a gig at McDonald’s, so, really, it’s a winner in most every measurable way.

Maybe “Plectrumelectrum” isn’t the finest album to be released in 2014, and it’s not nearly up to par with the quality of “Art Official Age,” but it is an enjoyable 45-minute collection of very rocked-out, expertly accessible rock/pop tunes. 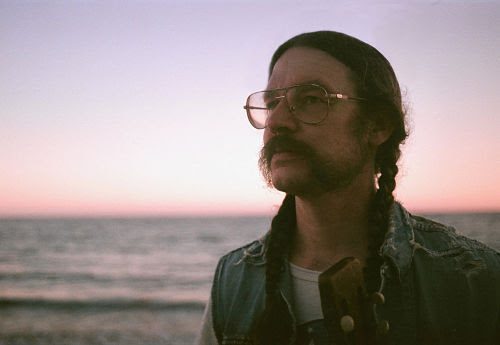