SCRANTON — Tucked away behind Coopers Seafood is Twenty-Five Eight, a production studio that hosts a variety of shows and events. The hidden studio, housed in an old abandoned warehouse, makes for a charming atmosphere; walking down a small hallway leads to a makeshift concert hall, complete with old couches and chairs for people to hang out and enjoy themselves. Sponsored by The Vintage Theater, Saturday’s show went off in an almost secret-like fashion, and during the three-hour showcase it felt as if everyone was in for something unique.

Bobby Burnett of Scranton-based punk band Captain, We’re Sinking kicked off the show with a collection of new songs from his personal archives. Burnett’s voice shined as he strummed his guitar on the small stage setup; the audience was captivated as he retold stories of growing up around Lake Ariel and recalled past memories of the greater Scranton area. Burnett’s gritty voice drew comparisons to Andy Hull of Manchester Orchestra and was a highlight of the night; he echoed the pain and heartache told in his stories through an emotional vocal delivery and lyrical storytelling.

Cave People, a Scranton-based alternative rock group, equally impressed. Their sound resembled late 1990s, early 2000s punk/emo groups like Sunny Day Real Estate and Jimmy Eat World. The band seemed to be working through their material, reacting as if each song were a test to please their small audience. Luckily the crowd was entertained, with many songs encompassing an atmospheric sound that relied heavily on keyboard arrangements. The band’s on-stage banter was also comically endearing, as they generated a few chuckles from the audience about Twitter and earlier song titles that had gotten scrapped.

Wicca Phase Springs Eternal proved to be the most diverse project of the night. Ex-Tigers Jaw member Adam Mcllwee’s electronic side project featured a hazy delivery of songs that embodied otherworldly elements. Using a synthesizer and microphone, Mcllwee performed a handful of tracks that combined house, dubstep and industrial sounds into a unique package. As Mcllwee performed on stage, he seemed to become immersed in his own sound and performance. If listeners expected his songs to resemble past musical projects, they would have been sorely disappointed. Fortunately, it seemed as if many people were intrigued for what Mcllwee had to offer, and applauded at the conclusion of his set.

Philadelphia-via-Scranton band Three Man Cannon brought the small audience back on track with a rousing set that showcased cuts from their May 2014 album “Pretty Many People.” Also featuring ex-members of Tigers Jaw, the band delivered a distinct lo-fi indie rock sound more akin to groups like Real Estate and Pavement. They showed a sense of depth to their music, as three different members tried their hand on vocals leaving the audience clamoring for more. Generating early buzz from online outlets like Vice and Pitchfork for their lead single “Patiently” undoubtedly propelled the band to deliver in their hometown, and they did anything but disappoint their fans. Three Man Cannon are poised for big things – here’s hoping they find it in the immediate future.

Finally, Saturday’s show brought another Northeastern Pa.-bred act now based in Philadelphia to the stage, as Kite Party (pictured) ran through a blistering set of indie-punk rock to close out the night. The band was a perfect way to wrap up the local show; frontman Russell Edling’s vocal delivery resembled Andrew Savage’s addictive drone from buzzworthy Brooklyn band Parquet Courts. The set ranged from fast-paced songs to selections from their recent release “Come On Wandering,” offering a mixed set of tracks that included a handful of instrumental breakdowns and sing-along choruses. Kite Party’s blend of indie rock and shoegaze instrumentals were a treat for attendees not familiar with the band, and it appeared to be a hit for people that remained until the end of their set.

As Twenty Five Eight delivered an eclectic group of musicians on a warm Saturday night, its guests exited the warehouse to brave the streets alone. The show was an intimate affair, but with an underlying message that this intimacy can’t last for long. The secret is out – be sure to keep your eyes peeled for the next show that pops up at Twenty Five Eight studios in the future. 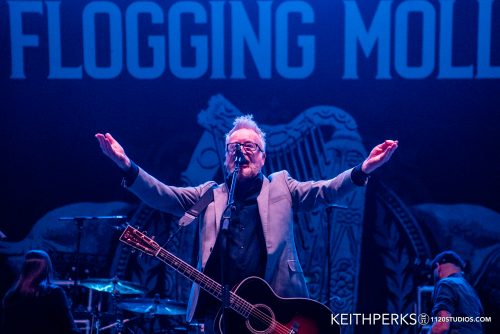 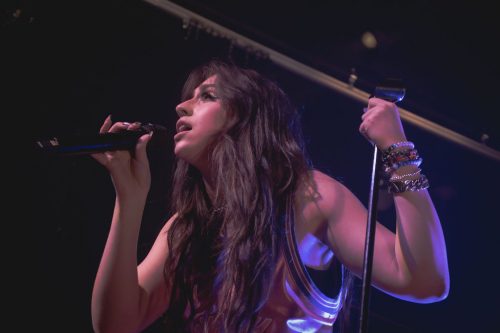