Dog Trainer — Nick Broman (singer/songwriter/producer) and Lucas del Calvo (guitarist/songwriter/producer) — took an unlikely path to the modern pop sounds on “Scrolling to feel better…part one,” their new album out March 26. Namely, from their dynamic as rival jazz guitarists at the New School for Jazz.

Still in their mid-20s, the New York City duo have changed their approach in a way that often comes much later, a shift away from chops-obsessed technique to broader strokes and songcraft. Equally influenced by mass-market superstars Taylor Swift and The Chainsmokers as Bon Iver and The 1975, Dog Trainer have crafted an album that is an unabashed quarantine album, a snapshot of young people’s anxieties in lockdown. But as they wryly note on the single “2019,” “2020 is the worst year ever, but 2019 wasn’t so good either.”

Below, check out our conversation with Broman and del Calvo about how quarantine gave rise to their new album in very specific ways, how they morphed from jazzheads to pop obsessives and more. 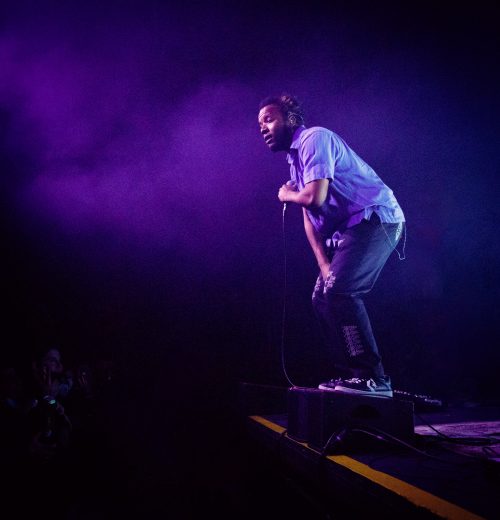