Gang vocals and foot stomps are big business these days, so it’s natural to cast a cynical ear toward an artist jumping onto the roots rock wave.  Like Twin Forks, the new Americana project featuring Chris Carrabba of Dashboard Confessional.  One listen to their debut 5-song EP, however, should erase that doubt.

Opening with “Back To You,” the band – Carrabba on guitar and vocals, Suzie Zeldin on mandolin, Jonathan Clark on bass and Ben Homola on drums — sets the mood, a barnyard hoedown.  But rather than simply appropriate the “heys!” and banjos of Mumford & Sons, et al., the band works toward its strengths – namely, like Carrabba’s passionate vocal delivery, which made him an emo star.

“Something We Just Know” is equally catchy, a jaunty two-step with a giant, infectious chorus.

In “Cross My Mind,” Carraba sings “From time to time/ You cross my mind/ Good company is hard to find/ So stay with me/ Just for the night.”  It’s a sentiment that would fit snugly on a Dashboard album;  only the delivery method has changed.

“Can’t Be Broken” is a bit more introspective, with some nice harmony vocals by Carrabba and Zeldin, while the release closes with “Scraping Up The Pieces,” which has the feel of an Irish drinking song.

Carrabba has said he avoided the folkier side of his tendencies while writing for Dashboard, so as not to give too much voice to what he has said is a major influence of his.  With Twin Forks, he has allowed himself to indulge in it, and the EP is clearly the result of an authentic love for Americana, not a shallow attempt at latching onto a trend. 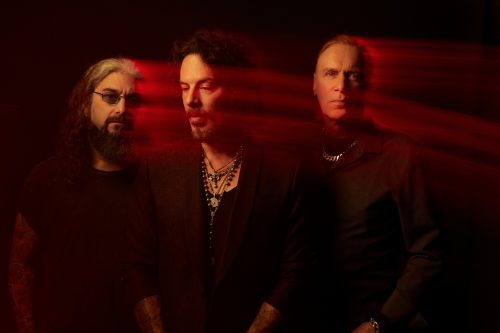 A DOUBLE “DOSE” OF PIANO IMPROVISATION