It took 50 years, but Ace of Cups have finally released their debut album and made their way to New York City.

The all-female act was an important player in the San Francisco Summer of Love scene alongside iconic acts like Jefferson Airplane, Janis Joplin and the Grateful Dead. While those bands went on to record deals and rock stardom, Ace of Cups faded from memory until recently.

“Women were not maybe taken as seriously and our particular music was different,” Ace of Cups guitarist Denise Kauffman says during a recent band conference call with Highway 81 Revisited. “We were five lead singers, we all wrote, we had different influences, maybe that was part of it.”

“We had this psychedelic rock thing going,” adds drummer Diane Vitalich. “I don’t think that knew what do with us.” 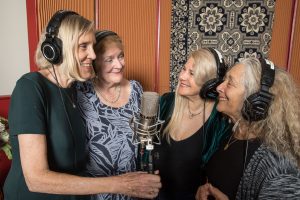 With no record deal, the band never had the opportunity to branch out nationally. The band members started families, got jobs and moved. Mary Simpson became an organic gardener and  mental health professional. Vitalich earned a living playing drums. Bassist Mary Gannon moved to Kuwai, and so did Kauffman, who later relocated to LA where she studied music.

A few years ago, Ace of Cups, whose members had stayed in touch and played in various combinations over the years, reunited to perform at a SEVA Foundation show in the Bay Area. George Wallace, the president of High Moon Records, saw their set and offered them the opportunity to record. Last November, the band released its loooong-awaited debut album, a self-titled, double-album. It features brand new material as well as re-jiggered versions of songs the band wrote in its first go-around.

The 36 tracks include guest performances by bold-name guests like Bob Weir, Jorma Kaukonen, Taj Mahal, Buffy St. Marie and Peter Coyote. All of the guests have a connection to the Ace of Cups story. Simpson knew Kaukonen at San Jose State before his Airplane days when he was going by “Jerry”; Ace of Cups later sang on the Airplane’s “Volunteers” album.  Gannon lived at the same commune as Coyote, and Kauffman says she and Mountain Girl (a Merry Prankster and wife of Jerry Garcia) were the youngest people on the Dead bus, besides Ken Kesey’s kids.

On Tuesday, Feb. 26, the Ace of Cups will share some of these stories, along with some music, of course, at Mercury Lounge for an event billed as “An Evening of Songs and Stories.” They’ll hang out with fans after the show at Bolton & Watt (5 Avenue A). And on March 1, they’ll play at the Friday Night Jam at Rockwood Music Hall.

While the record industry didn’t accept Ace of Cups in the late ’60s, the thriving Bay Area live music scene welcomed them with open arms. They shared stages with all of the big-name bands in the region, and Bill Graham selected them to open for The Band at its debut show in 1969. The Ace of Cups even opened for Jimi Hendrix — who was a fan of theirs.

The band opened for him at his first show after his groundbreaking US debut at the Monterey Pop Festival in June of 1967 — the Summer of Love.

“That was fabulous, and then he ended with burning his guitar,” says Simpson. “I was always taught to put your guitar away when you’re done playing.”

The band laughs, recalling that they’d just been able to acquire some good equipment when they saw Hendrix destroying his own gear. 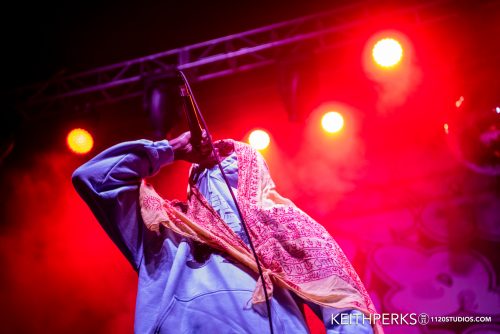