AT WARSAW, HOP ALONG DOESN’T DISAPPOINT, BUT SPEEDY ORTIZ, NOT SO MUCH

“Where pierogis meet punk,” isn’t just lip, or food, service – it’s the strange reality of Williamsburg, Brooklyn-based music venue Warsaw. From the workers at the door to the bartenders and the security personnel out on the street, you’re apt to hear plenty of heavy Eastern European accents as you wander around the high-ceilinged space (you’ll also probably be reminded of a high school gymnasium).

But the weird history of the Polish community center-turned-nighttime musical venue wasn’t the story of the Speedy Ortiz-Hop Along mash up there last week.

No, the tagline for that show should have been something along the lines of “Where indie pop meets punk.”

Or maybe, “Where fans of indie pop meet eclectic, genre-defiance and get kind of turned off by the whole thing.”

It’s a little less catchy though.

By the time Hop Along had kicked off its set this past Wednesday, May 11, with a rousing rendition of “Waitress,” what may well be the best and most radio-friendly song – though with Hop Along’s sound, they’re pretty much all radio-friendly – on the band’s most recent offering, “Painted Shut,” Warsaw was packed. The bar wasn’t exactly jammed, but the stage area was full, the crowd thinning out only as it reached the bathrooms and the sound mixer at the back of the hall.

And Hop Along did not disappoint.

You’d think with front lady Frances Quinlan’s intense, at times almost guttural, overly emotive singing style that even an hour-long set would test the dexterity and staying power of her vocals.

But you’d be wrong.

Quinlan powered through with ease, and the crowd at Warsaw was the beneficiary. Hop Along was energized from the jump, carrying the crowd from one song to another, reaching back to 2012’s “Get Disowned” for a couple of tracks including “Tibetan Pop Stars” and “Sally II” before finding its way back to the newer and, as is so often the case when a band with 1-4-5 leanings starts to gain notice, more polished stuff.

And when, late in the set, Quinlan promised the Warsaw crowd a “big surprise,” the expectation here was maybe a quick rendition of some crowd-pleasing cover with Ortiz’s Sadie Dupuis joining in.

Something fun, but light, to keep the kiddies bopping.

But instead, Hop Along pulled the ol’ switcheroo – literally. Quinlan handed off her guitar to bassist Tyler Long, guitarist Joe Reinhart got himself situated at the skins, and Mark Quinlan, Frances’ brother and the long-haired time-keeper of Hop Along, took over the controls of Reinhart’s rig.

What ensued wasn’t the best rendition of Nirvana’s “Sappy” that’s ever been ventured by a female-fronted four-piece, but it was fun and loud and certainly had the desired effect.

From there though, things took a turn.

It seems much of the crowd must have traveled up the interstate to New York with the Philly-based Hop Along because when they left the stage, they took all the energy in the building – and about half the people in attendance – with them.

And when technical difficulties for Ortiz bass player Darl Ferm one song in led to a several-minute delay which Dupuis tried to fill with talk about her favorite Wednesday night viewing – she’s a big “Castle” fan, by the way – and following the revelation that the band had already twice-over drank all the beer Warsaw had given them, things seemed to be well off track.

As the Ortiz set progressed, the crowd only thinned further.

Sure, there were some high points – starting things off with fan-favorite “Taylor Swift,” and hitting a couple of the “Sports” EP cuts “Curling” and “Indoor Soccer” certainly worked in its favor – but there were also plenty of grin-and-bear-it moments, highlighted by Dupuis’ guitar seeming to cut out during “Raising the Skate.”

Really, considering the pairing, that Ortiz didn’t seem to uphold its part of the bargain isn’t all that surprising. Despite the figurative indie space both bands seem to occupy, their sounds really couldn’t be more different.

Ortiz’s music is the kind of grimy, often atonal, ear-rending thing that requires a deep listen to enjoy – though “Skate” is one hell of a song, no matter how many times you listen or how many times the guitar cuts out – whereas Hop Along’s melodies and Reinhart’s almost pristine guitar chops make it a much more accessible act overall.

On that warm Wednesday at Warsaw, it wasn’t two bands passing in the night, but more like two bands heading the same direction, only on two very different tracks – one clearly marked and well-lit, the other laden with fuzzy riffs and even fuzzier bearing. 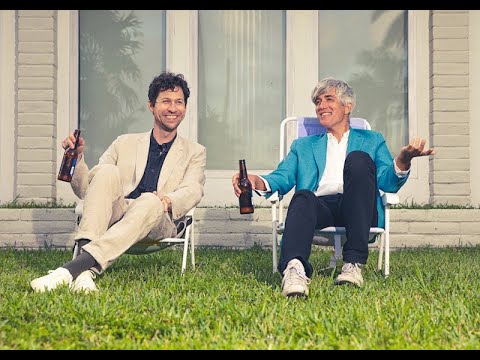