A few songs into their April 13 show at Radio City Music Hall, TV on the Radio’s multi-instrumentalist Jaleel Bunton jokingly asked for a “holy shit” moment so that the band could take it all in. The night before, the band played the much smaller Music Hall of Williamsburg in Brooklyn. Together, the two shows comprised the band’s homecoming and the beginning of their tour in support of their new album, “Nine Types of Light.”As Bunton expressed, the magnitude of kicking off their tour with their first-ever show at Radio City clearly impacted the band.

The beginning of the show exhibited the band’s drive to grasp such a special moment in their career, as they came roaring out with a muscular take on the early track “Young Liars.” As opposed to the somewhat dreamy-in-a-sinister way-vibe of the studio version, the band’s performance was bursting at the seams with energy. The reinvention and reinvigoration of the song set the pace for the night, though not all of the more emphatic renditions were as successful.

When it worked, it worked well. “Caffeinated Consciousness,” the first song to be played from the new album, received a Zeppelin-sized upgrade to its groove, while the brooding “Blues from Down Here,” from 2006’s “Return to Cookie Mountain,” thrashed along with all of the foreboding of the best Black Sabbath tunes. “Crying,” a selection from 2008’s “Dear Science,”skittered along on an updated, hyperactive beat while early classic “Staring at the Sun” was explosive in the best way possible, reaching climaxes only teased at in the studio recording.

Unfortunately, such moments were not exactly the exception but were singular enough to be easily noted. More often, the band’s performances of the songs may have been instrumentally emphasized, but rather than conveying a greater degree of passion through speeding the songs up or making them heavier, the band diluted the impact of what should have been some of the concert’s best moments. The studio version of “Dancing Choose,”another “Dear Science” track, is stellar, oscillating between tightly controlled yet intense rap/funk verses and the brief calm of the chorus, the salve amidst the onslaught. Live, the band somehow sleepwalks through it while also rushing it, transforming it into a frenetic punk song that wrecks the tension of the song’s normal dichotomy.

Similarly, the overly distorted guitars of Kyp Malone and Dave Sitek mainly sunk two of the new songs: the Tunde Adebimpe-penned “You,” and “Will Do,” the lead single from “Nine Types of Light.” The band lost track of the nuances that made these tracks so gorgeous on the album, burying important details like Malone’s riff in the latter’s chorus under blankets of obscuring fuzz. What should have been rousing performances showcasing the space-age soul of these two excellent songs merely became murky performances that fell flat.

As the show went on, the band’s shambolic approach either began to work better, or they managed to gain enough control of the acoustics of Radio City to properly convey the subtleties of their music. Another new song, “Forgotten,”sounded incredible as the layering of trombone, synths and searing guitar lacerated the chorus. These were the sort of textures that had been missing earlier in the show. For other songs, the chaos was perfect. “Return to Cookie Mountain’s” “Wolf Like Me,” still one of the band’s best songs, was nothing short of apocalyptic, with the band raging through it as shadowed silhouettes against frenetic lights.

Sadly, the band seemed to hit their stride just as they were finishing up. The band walked off for the encore break after “Wolf Like Me,” resulting in the main set clocking in at a meager hour. They eventually returned, but for only three songs, all being rather anticlimactic choices. Ultimately, TV on the Radio give a good show if one appreciates a performance a little rough around the edges. Primarily, though, the most prevalent feeling after the show is that they are selling themselves short by blitzing through material that deserves so much more attention and passion. Maybe the band really was having a “holy shit” moment, but they failed to give the crowd many.

AN INTERVIEW WITH KELLER WILLIAMS 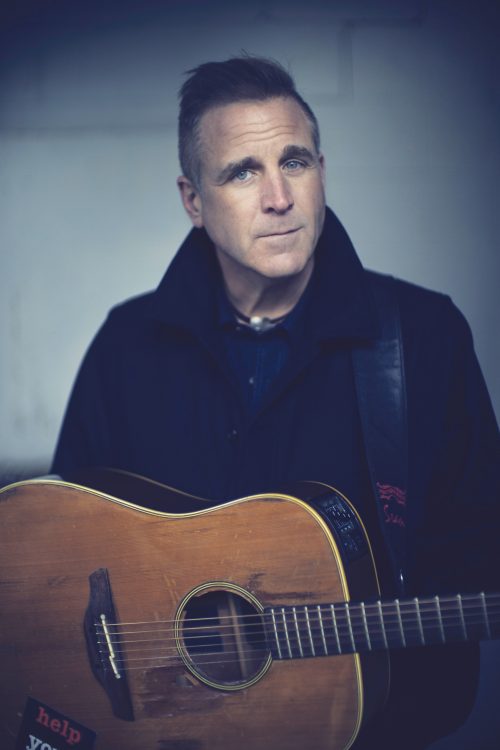